Summer Olympics in Tokyo in 2021

The Summer Olympic Games were supposed to be held in 2020, but were moved to 2021 due to the COVID-19 pandemic.

A few months before the games, the Olympic Flame Relay will start in Olympia, Greece, the site of the ancient Olympic games.

When Is the Opening Ceremony?

At the games, athletes will compete in sports like swimming, athletics, gymnastics, various martial arts, ball sports, weightlifting, and wrestling.

When Is the Closing Ceremony?

The Olympics will conclude with a closing ceremony on Sunday, August 8, 2021.

The official name for the games is the Games of the XXXII Olympiad and the motto is “Discover Tomorrow.”

There are no public holidays in Japan during the games.

In 1992, the schedule changed, and these days, the winter and summer games alternate every 2 years. The last Summer Olympic Games were in Rio de Janeiro, Brazil in 2016. The last winter games were in Pyeongchang, South Korea in 2018.

On June 23, 1894, Pierre de Coubertin founded the International Olympic Committee (IOC) at the University of Sorbonne in Paris, France. In 1896, the first modern Olympic Games were held in Athens.

Happy Year of the Ox!

Get ready for firecrackers and dragon parades as communities all over the world welcome the Year of the Ox on Friday, February 12. 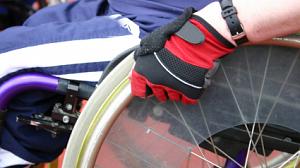 The Summer Paralympics in Tokyo are from August 24 to September 5, 2021. The games start after the Summer Olympics and feature top athletes with a disability.