The Summer Paralympic Games in Tokyo, Japan, are from August 24 to September 5, 2021. The games feature top athletes with a disability and are held after the Summer Olympics.

The Summer Paralympic Games were supposed to be held in 2020, but were moved to 2021 due to the COVID-19 pandemic.

The Paralympics will see athletes with disabilities or impairments compete in sports like athletics, cycling, judo, rowing, swimming, and volleyball.

There are no public holidays in Japan during the games.

In 1992, the schedule changed, and these days, the winter and summer games alternate every 2 years. The last Summer Paralympics were in Rio de Janiero, Brazil in 2016. The last winter games were in Pyeongchang, South Korea in 2018.

In 1948, German-born neurologist Sir Ludwig Guttmann organized a sporting competition in England involving World War II veterans with spinal cord injuries. An international movement was born from his efforts, leading to the first official Paralympic Games, in Rome, Italy in 1960. The games started 6 days after the Olympic Games' closing ceremony.

When Is the March Equinox? 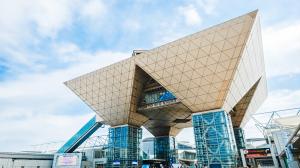