Many organizations used the ease of remembering this date of 10/10/10 to host large events so that people will associate the date to the event. The psychology of the number ten seems to give people a nice and comfortable feeling where many use the number ten as a reference or limit such as Top Ten lists.

Most predictions and opinions concerning the date of 10/10/10 are based on its mathematical uniqueness as a number. Some believe that on that day something either good or bad has to happen, however there is no scientific or logical basis for this belief. The belief that something good or bad will happen is based solely on faith and/or natural belief because we don’t know what the future entails.

While some believed that something good will happen, there are others who believed that nothing will happen.It was not the first day that the date has had this type of sequence or significance. In the past of years, we have faced different dates such as June 6, 2006 (6/6/06), which is a very negative number sequence. August 8, 2008 (8/8/08), on the other hand, is a very lucky sequence to the Chinese culture, which is arguably one reason why the Beijing Olympics were opened on that day. However, nothing significant happened on these days to justify this belief, and also be the case on October 10, 2010.

Many organizations took advantage of the significant date of October 10, 2010 (10/10/10) by creating global events such as the Global Work Party, World Homeless Day and the 10-10-10 Initiative to help create awareness for their cause.

On October 10, 2010, the Netherlands Antilles were dissolved, with the islands being split up and given a new constitutional status.

World Homeless day drew attention to the needs of homeless people by making the 10th of the 10th in 2010 an international day that provides opportunities for the community to get involved in responding to homelessness. 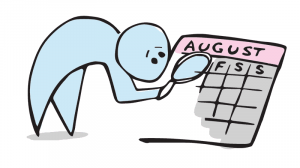 5 Fridays, 5 Saturdays, and 5 Sundays in the same month happens only every 823 years? This popular urban myth is precisely that: a myth.