Home   Calendar   Days of the week

The 7 Days of the Week

By Vigdis Hocken and Anne Buckle

The 7-day week is the international standard week (ISO 8601) used by the majority of the world.

Almost all countries in North and South America start their week on Sunday. Countries in Europe and Oceania overwhelmingly start on Monday. The world’s most populated continents are split: roughly half the countries in Africa and Asia are on team Sunday, the other on team Monday. See it on a world map

Although this is the international standard, several countries, including the United States and Canada, consider Sunday as the start of the week.

Named After Gods and Planets

The names of the 7 days of the week in most Latin-based languages come from the Roman calendar, which related each day with 7 celestial bodies considered to be gods: the Sun, the Moon, Mercury, Venus, Mars, Jupiter, and Saturn.

The English language has retained the planet names for Saturday, Sunday, and Monday. However, the names for the other days of the week have been replaced by their equivalent Norse or Germanic gods.

Some Asiatic languages such as Hindi, Japanese, and Korean have a similar relationship between the weekdays and the planets.

The 7-day-week provides a clear method of representing dates and times to avoid misinterpretation between people from different countries with varying traditions for writing numeric dates and times.

There are many different opinions as to how the 7-day week originated. The most common explanation points to Babylonian astrologers who assigned planet gods to the days of the week around 700 BCE.

The Romans later replaced these names with their planet gods in the ancient Roman calendar and Germanic and Norse people later did the same with some of their gods.

Both Saturdays and Sundays are common days of rest in the calendar. Calendars in some countries use a separate color for the weekends and reserve the black or gray fonts for the weekdays, Monday through Friday.

A common year roughly adds up to 52 weeks of 7 days each plus 1 day—or 2 days, if it's a leap year. However, countries vary on exactly how they present and number the weeks in their calendars.

Some Years Have 53 Weeks

The weeks of the year in the Gregorian calendar are numbered from week 1 to week 52 or 53. If a year, and week 1, starts on a Thursday, then the weeks are shifted so that there will be 53 weeks in that year.

These week numbers are commonly used in some European and Asian countries; but not so much in the United States. 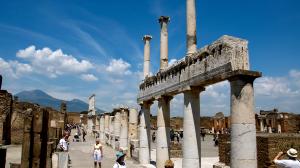 What Do CE and BCE Mean?

CE is an abbreviation for Common Era and BCE is short for Before Common Era.