Many Jewish people in Australia observe Lag B’Omer, also known as Lag BaOmer, on the 18th day of the month of Iyar in the Jewish calendar. The name of this observance means refers to the 33rd day of the counting of the Omer.

Is Lag B'Omer a Public Holiday?

Lag B'Omer is not a public holiday. Businesses have normal opening hours.

Lag B’Omer is generally joyous day for many Jewish Australians because mourning practices that occur during the Omer period are lifted on this date. Some Jewish education organizations in Australia provide online or printed resources for students to learn about the importance of Lag B’Omer. Resources may include fact sheets, quizzes, lessons for different age groups, and games or fun learning activities.

Many Jewish communities in Australia hold celebrations on Lag B’Omer, particularly in the larger cities such as Melbourne. Events may include a fair consisting of stilt walkers, fire trucks, army jeeps, and marching bands. Entertainment may also include concerts in parks, camel or horse rides, food stalls, and parades with floats. Bonfires are also held as a part of the Lag B’Omer festivities.

It is also customary for some Jewish Australians to let their sons' hair grow for the first three years of their life without cutting it. These boys receive their first haircut when they are three years old and Lag B’Omer used to commemorate such occasions.

Lag B’Omer is not a public holiday in Australia so Lag B’Omer events are often held after school or work hours (if not during the weekend), usually in the afternoon or early evening. Government offices, organizations, public transit services, and educational institutions operate to their usual schedules.

The name of this Jewish observance refers to the 33rd day of the counting of the Omer. An “omer” refers to a sheaf of barley or wheat. In the book of Leviticus, it is written that God commanded people to make an offering of a sheaf of barley on each of the 50 days between Passover and Shavuot. The day number was announced after the evening service, and in time this ceremony came to be known as the “counting of the Omer”.

The reason why the 33rd day of this period was singled out may have something to do with an ancient pagan festival that was celebrated at the same time. Another story claims that a plague attacked Rabbi Akiba’s students in the second century CE suddenly stopped on this day. Many Jewish people also mark this date by remembering the death of Rabbi Shimon bar Yochai, who was one of Rabbi Akiva's students. In any case, this observance represents a break in the season between Passover and Shavuot. 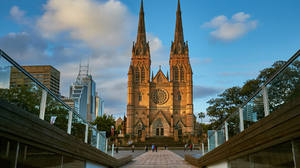 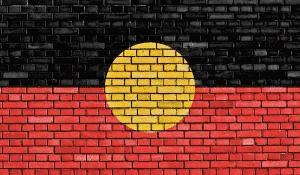