New Year's Day is on January 1 and is the first day of a new year in the Gregorian calendar, which is used in Australia and many other countries. Due to its geographical position close to the International Date Line, Australia is one of the first countries in the world to welcome the New Year.

New Year's Day is a public holiday in 6 states, 2 external territories and 2 territories, where it is a day off for the general population, and schools and most businesses are closed.

In Sydney, the start of the New Year is heralded by a huge fireworks display. It is estimated that one to one-and-a-half million people watch the display at the Sydney Harbour. In other towns and cities, smaller displays are organized by local authorities.

For many people, New Year's Day is a time to recover from New Year's Eve parties the evening before. Others use the day to travel home to end the summer vacation or to spend time with family members. People who enjoy horse racing may watch or bet on the Perth Cup. The race is run over 3200 meters (just over two miles) at the Ascot Racecourse in Perth, Western Australia. The prize money for the race totals 400,000 Australian dollars.

Stores may be open or closed according to state laws and local custom. In the states of New South Wales, Queensland, South Australia and Victoria, there are trading restrictions on New Year's Day. In these states, many stores do not open on New Year's Day or the first Monday in January if January 1 is a Saturday or Sunday. In some areas, public transport is limited. In other areas, there are no services. There may be some congestion on roads and at airports, as people return from holidays or from relatives' homes.

New Year's Day marks the start of a new year according to the Gregorian calendar, which was introduced to Australia by European settlers. It replaced the Julian calendar, which used a year that was slightly shorter than the solar year. Over time, the seasons moved out of line with their positions on the calendar. The Gregorian calendar was introduced by Pope Gregory XIII on February 24, 1582. It was adopted immediately in some areas of Europe, such as Spain, Portugal and parts of Italy, but it took hundreds of years before it was used throughout Europe. In Great Britain, it was introduced in 1752.

The start of the year according to the Gregorian calendar is not the only New Year observed in Australia. For instance, Australia's tax year begins on July 1 and the Asian lunar year starts on the second or third new moon after the December solstice, sometime between January 21 and February 20. The Hindu, Coptic, Jalali, Jewish and Islamic New Years are also celebrated in some communities.

Before the European settlers arrived in Australia, Indigenous Australians used a variety of methods to track the passing of the seasons. Some reflected patterns of weather conditions and the life cycle of different plants. For instance, the people of the Crocodile Islands of Arnhem Land recognize six seasons that are important in their ritual life, movements around the land and how they hunt. Since the timing of this type of event can vary from year to year, the relationship between these and the Gregorian calendar changes.

However, this type of calendar was important in maintaining the connection between Indigenous Australians and their land. The movement patterns of the stars were also important to many Indigenous Australians. They used this method to predict when certain plants were ready for harvesting or when they could supplement their diet with migratory birds. 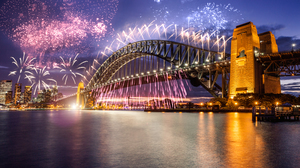 Many Australians celebrate New Year’s Eve on December 31 each year, which coincides with the date before New Year’s Day in the Gregorian calendar.