Shrove Tuesday, also known as Pancake Tuesday, is the last day before the long fast for Lent for some Christians in Canada. It often coincides with or falls close to the dates for the winter carnival celebrations that occur in the January/February period.

Shrove Tuesday is also known as Pancake Day in some parts of Canada. Pancakes are traditionally eaten on this day and are sometimes served with maple syrup. Carnivals or Mardi Gras festivals are also held around this time of the year. These celebrations have been held in cities such as Winnipeg and Québec over the years.

The Québec Winter Carnival is a major annual event in Canada that spans for about two weeks, although the dates may vary from year to year. It does not always fall on the same date as Shrove Tuesday but it is usually held in the January/February period. Popular events during the celebrations include winter sports, snow sculptures, and activities based on the traditional Québec lifestyle, such as canoe races and dogsled races.

Mardi Gras is not a statutory holiday in Canada but it is celebrated in some regions such as Québec, where crowds are expected. Planning may be required for transportation and parking when festivals associated with the event take place.

The tradition of getting together just before Lent to eat, drink and be merry dates back to the start of the French colony in Canada. This period of revelry, which occurs in January and/or February, has traditionally popular. Québec City’s first winter carnival took place in 1894. The carnival was held sporadically during the later years due to interruptions from wars and the economic crisis of 1929. However, the carnival festivities were launched again, with the first official Québec Winter Carnival taking place in 1955.

Bonhomme, a large snowman with a red cap and an arrow sash, is an important symbol associated with the Québec Winter Carnival. The arrow sash, inspired by North America’s indigenous culture, was used in the 19th century to tie jackets at the waist to prevent the cold from creeping in. The belt and the red hat, linked directly to Québec folklore, are the primary elements of Bonhomme's outfit.

About Carnival / Shrove Tuesday / Pancake Day in Other Countries 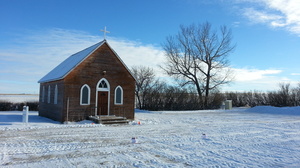 Ash Wednesday marks the first day of Lent in for many Christians in Canada.