Pongal, which is celebrated in countries such as India, marks the start of sun’s six-month long journey northwards (Uttarayana). This observance occurs annually around January 14 each year. Hindus consider the date as auspicious and mark this as the beginning of sun’s movement towards the zodiac Capricorn (Makarm Rashi).

Is Pongal a Public Holiday?

Pongal is an optional holiday. Employment and holiday laws in India allow employees to choose a limited number of holidays from a list of optional holidays. Some employees may choose to take the day off on this day, however, most offices and businesses remain open.

Pongal is a major celebration in India and people celebrate it for about four days. The first day is called Bhogi. Many people burn and get rid of old household items and purchase new household items on this day. This marks the start of a new cycle. The second day is Perum, also known as Surya Pongal, and is the most important day of Pongal. Many people worship the sun god, Lord Surya by offering prayers on this day. Many people also wear new clothes and women decorate houses with Kolam (designs) using rice flour and red clay.

Mattu Pongal is the third day and includes worshipping cattle because it is believed that cattle help give a good harvest. The fourth day is called Kanum Pongal, which is when many people go on picnic and spend time with families and friends. The Pongal festival also includes exchanging gifts, dancing, and bull taming contests.

Pongal is not a gazetted holiday across the nation but it is a religious holiday particularly in South and Central India for employees. However, schools and colleges in these areas remain closed for all four days of Pongal and businesses related to agriculture remain closed.

According to the legend of Lord Shiva, on the third day of Pongal, Lord Shiva sent his bull Nandi to tell people to have oil bath daily and eat once a month. However, Nandi became confused and told people to eat daily and bathe once a month. This angered Lord Shiva so he placed Nandi on earth to help humans harvest for more food, therefore Pongal became a harvest festival.

Pongal has many regional names. The most popular variations are:

Symbols commonly associated with Pongal are:

Most of these symbols are related to agriculture and the Sun. For example, the symbol of the chariot refers to the sun chariot. Hindus believe that the sun god moves around the Earth in his chariot.

Note: Individuals can take a limited number of restricted holidays but government offices and most businesses remain open. This system gives individuals the flexibility to take time off to celebrate a holiday within India's vast religious and cultural society. 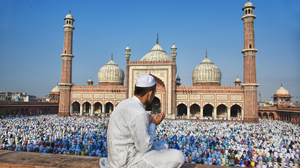 For India's more than 200 million Muslims, Bakrid, the Festival of Sacrifice, is one of the holiest days of the year. 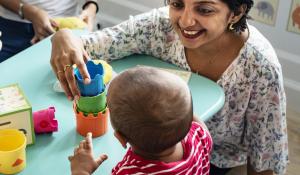 Guru Purnima is a festival that honors spiritual Gurus by remembering their life and teachings. It is observed on the full moon day, Purnima, in the Hindu month of Ashadh, which is usually June or July. 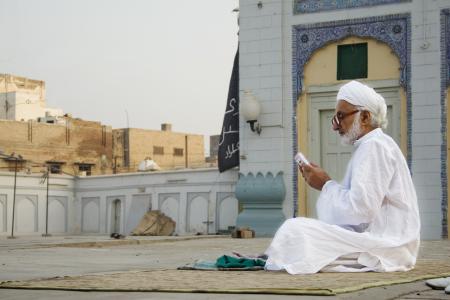