One of the most significant dates in the Philippine’s history is Independence Day because it marks the nation’s independence from the Spanish rule on June 12, 1898. Filipinos celebrate it annually on June 12.

What do People do?

Independence Day is a day when many people, including government officials, employees, and students, participate in nationwide parades.  However, the main highlight is the police and military parade in Manila headed by the country’s incumbent president, followed by a speech and a 21-gun salute.  Many Filipinos spend the day in parks and malls. Many Filipino communities in other countries also observe the nation’s Independence Day celebrations.

The Philippine’s Independence Day is a national holiday so government offices are closed.  There are absolutely no classes in all schools.  Many business establishments are closed except shopping centers. Public transport such as buses, passenger jeeps, and tricycles still operate but their routes may be limited due to the closure of streets used for parades.

The annual June 12 observance of Philippine’s Independence Day came into effect after past President Diosdado Macapagal signed the Republic Act No. 4166 regarding this matter on August 4, 1964.  This Act legalized the holiday, which is based on the Declaration of Independence on June 12, 1898 by General Emilio Aguinaldo and Filipino revolutionary forces from the Spanish colonization.  The Philippines’ flag was raised and its national anthem was played for the first time in 1898.  However, liberty was short-lived because Spain and the United States did not recognize the declaration.

The Flag of the Republic of the Philippines, representing the country is symbolized by the following:

The flag is seen in various places across towns and cities in the Philippines during the country’s Independence Day.  Many cars also sport miniature flags on this day.

Note: Employees covered by the Holiday Pay Rule are entitled to their daily basic wage for any unworked regular holiday.

Eid al-Adha (Feast of the Sacrifice) 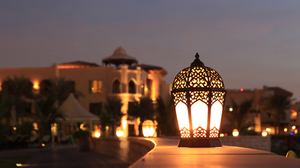