What Do people Do?

Many people go to local stadiums on October 29 to watch performances dedicated to Republic Day in Turkey. Such performances usually consist of theater sketches, poetry readings and traditional Turkish dances. Many school children participate in school performances for parents and teachers. Parades may take place in some cities and politicians may give public speeches on this day. Many people also lay wreaths to Atatürk’s monuments or visit Atatürk’s mausoleum in the country’s capital, Ankara.

In the evening of October 29, many cities have traditional processions with flags and musical bands to commemorate Republic Day in Turkey. The processions usually end with fireworks, which begin after dark.

Republic Day is an official national holiday in Turkey. Public administration buildings, schools, post offices and many small businesses are usually closed on this day. Public transport schedules may vary. Public transport routes may change in the event of street performances and processions. The afternoon of the previous day, October 28, is also an official holiday.

Republic Day marks the creation of the Turkish Republic in 1923. After Turkey’s victory in the War of Independence (1919-1923), the Turkish parliament proclaimed the new Turkish state as a republic. A new constitution, which the parliament adopted on October 29, 1923, replaced the constitution of the Ottoman Empire. The leader in the Turkish War of Independence, Mustafa Kemal Atatürk, became the country’s first president on the same day. According to Atatürk, Republic Day is Turkey’s most important holiday.

The common symbols of Republic Day in Turkey are:

These symbols can be seen on Republic Day in Turkey.

Other Holidays in October 2022 in Turkey

Without the Internet you won't be reading this. So celebrate the most popular communication tool that humankind has ever invented or used, today. More 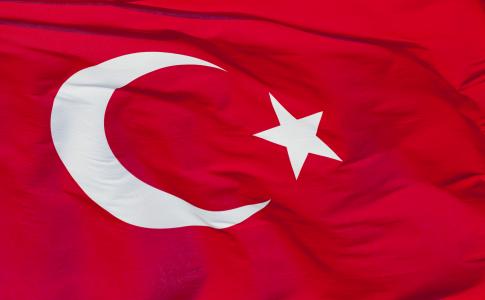