When Is Constitution Day 2022?

A change in Ukraine’s history was made when the country’s Constitution of Independence was adopted on June 28, 1996. Constitution Day is a national holiday to celebrate this historical event.

Is Constitution Day a Public Holiday?

Many Ukrainians have the day off on Constitution Day and celebrate it with festivities, such as:

The Ukrainian president usually congratulates the country on Constitution Day.

Constitution Day is a public holiday across Ukraine, so many businesses, schools, universities and public offices are closed.

After gaining independence in 1991, following the collapse of the former Soviet Union, Ukraine began drafting a new constitution. The Constitution of Independent Ukraine was adopted on June 28, 1996. This constitution and its adoption established a legal foundation of the independent Ukraine. It was considered progressive in terms of human rights and freedoms for Ukrainians.

Many TV and radio stations broadcast Ukraine’s national anthem, which is a state symbol. Shche ne vmerla Ukraina (“Ukraine has not yet perished”) has been the country’s anthem since 1992. Some of the lyrics are based on a poem written by Ukrainian poet Pavlo Chubynsky in 1862. Ukrainian composer Mykhailo Verbytsky then composed music using Chubynsky’s text. The Ukrainian parliament made some changes to the anthem’s wording in 2003.

Other Holidays in June 2022 in Ukraine 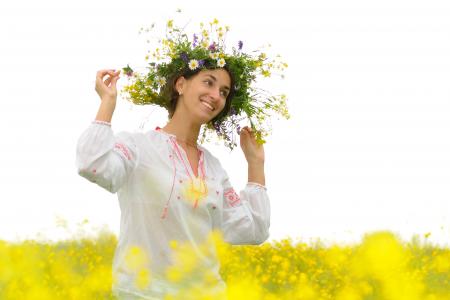 Kupala Night is celebrated in Ukraine on July 7 each year.

Family Day is an observance celebrated in Ukraine on July 8 each year.