When Is Day of Defenders and Defenders of Ukraine 2022?

Day of Defenders and Defenders of Ukraine was first celebrated in Ukraine on October 14, 2014.

Is Day of Defenders and Defenders of Ukraine a Public Holiday?

In a press release, President Petro Poroshenko said that the day honors the courage and heroism of defenders of Ukraine's independence and territorial integrity, military traditions and feats of the people of Ukraine.

In 2014, the Ukrainian president presented medals to military personnel. Political and military leaders made public statements that were nationally televised or published online. Some schools held assemblies where students gave flowers to local heroes.

Because Day of Defenders and Defenders of Ukraine is such a new national holiday, it’s best to check with the local authorities which services are closed. Some businesses close for the day while others remain open.

Ukraine was established as its own country in 1991. After years of corruption and little economic growth, Ukraine saw a series of violent protests in February 2014, resulting in the impeachment of former president Viktor Yanukovych. Russia refused to recognize the new interim government and invaded the Crimean Peninsula in Ukraine.

In the aftermath of the February demonstrations, also known as the 2014 Ukrainian revolution, pro-Russian and anti-government groups continued to demonstrate in the Donetsk and Luhansk oblasts of Ukraine, an area commonly referred to as the "Donbass". On 5 September, 2014 the so-called Minsk Protocol, a deal to establish a ceasefire, was signed.

Day of Defenders and Defenders of Ukraine Observances 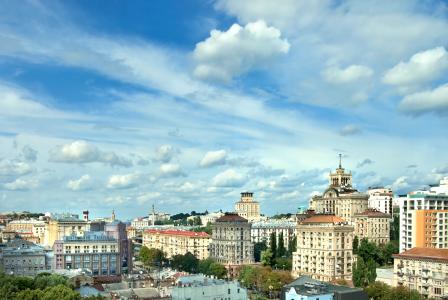 Kyiv Day is observed in Ukraine’s capital city, Kyiv (also known as Kiev), on the last weekend in May.

Holy Trinity Day, or Triytsya in Ukrainian, is celebrated widely in Ukraine and is a day off work for Ukrainians. 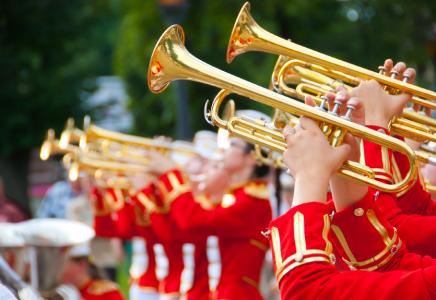 Ukraine’s Constitution Day is a public holiday on June 28 to celebrate the country’s constitution.