When Is Melbourne Cup Day 2022 in Victoria?

Melbourne Cup Day is Australia’s best known horse racing event held on the first Tuesday of November every year. It is an annual public holiday in the state of Victoria. This event is popularly dubbed as “the race that stops the nation”.

Melbourne Cup Day is a public holiday in Victoria, where it is a day off for the general population, and schools and most businesses are closed.

Melbourne Cup Day is one of Australia’s most popular social and racing events. The main racing event takes place at the Flemington Racecourse in Melbourne, Victoria. More than 100,000 people usually attend Flemington Racecourse. Local races are held throughout the country on this day and when the main race of the day occurs at the Flemington Racecourse it is televised on screens at race tracks across Australia. The race is televised live to an audience of about 650 million people worldwide. Many people stop what they are doing shortly before 3pm on Melbourne Cup Day to watch or listen to the main race either via television, Internet or the radio.

At the races, people dress up – many women wear their best or most colorful hats and dresses, with some participating in fashion parades on the field. Marquees are set up for VIP guests, including local, national and international celebrities who attend this festive event.  Champagne, wine and gourmet finger foods are usually served on this day.

Many offices across the Australia stop work closer to the time of the main race to celebrate the event. Activities include office parties that feature hat and dress competitions, staff lunches at restaurants and afternoon teas where a television is available so workers can watch the main race. Bets are made on this day – even those who usually do not bet try their luck with a small wager or entry into a sweep, which is a lottery in which each ticket holder is matched with a randomly drawn horse. There are some Australians who deem horse racing as a cruel sport and have been vocal in their protests over the years.

Although it is a legal holiday in only Victoria, it is observed in many towns and cities so there may be traffic congestion near race tracks in urban areas and parking may be difficult to find in these areas.

Melbourne Cup Day has been observed in Australia since the first race was held at the Flemington Racecourse in Victoria in 1861. The race was won by Archer, who won it again the following year. The event features races, including the handicap race which is run by about 20 thoroughbreds for a couple million Australian dollars. The story of Phar Lap, a legendary New Zealand thoroughbred who won the Melbourne Cup in 1930 and was nicknamed “Australia's wonder horse”, was made into a movie. Some people believe he was poisoned when he died.

Celebrate your favorite authors and acknowledge their importance in our society and culture. More 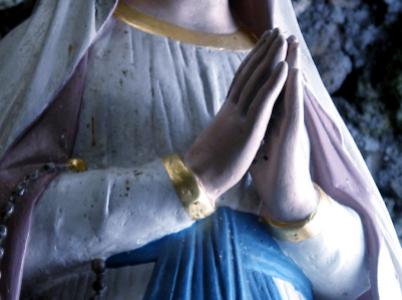