The Feast of the Assumption of Mary (L'Assomption de Marie) celebrates the Catholic belief that the Virgin Mary's spirit and body was assumed to heaven. It is an important occasion for village and church festivals and is a public holiday in France.

Assumption of Mary is a public holiday. It is a day off for the general population, and schools and most businesses are closed.

Lourdes is a village south-west France, close to the Spanish border. It became a center of Christian Pilgrimage after a girl claimed that a beautiful lady appeared to her in the Grotto of Massabielle on February 11, 1858. Many Catholics believed that this was the Blessed Virgin Mary. Millions of people now attend the special celebrations held in Lourdes on August 15 each year.

Public life in France is generally quiet on the Feast of the Assumption of Mary. Post offices, banks, stores and other businesses are closed. Outside of tourist areas, restaurants and cafes may also be closed for one or more days. However, some stores in Paris, as well as at airports and railway stations and along major highways, are open.

Public transport service schedules vary depending on where one lives and intends to travel. Some villages and small towns hold parades or other events that may cause some local disruption to traffic. Churches may be closed for visitors who do not wish to take part in the services and guided tours may not be available. 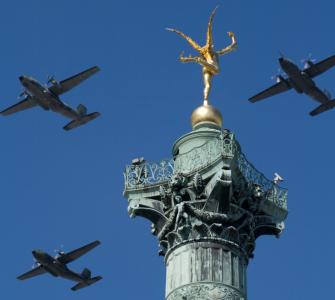 Bastille Day is an occasion to honor the French Republic. It is a public holiday in France.