Corpus Christi (Fronleichnam) falls on a Thursday 60 days after Easter Sunday. The day honors the Eucharist (Holy Communion, Lord's Supper), which is important in the Catholic church. Corpus Christi is a public holiday in some parts of Germany and is marked by parades for the blessed sacrament (in form of bread or wafers).

Is Corpus Christi a Public Holiday?

Corpus Christi is a public holiday in 8 states, where it is a day off for the general population, and schools and most businesses are closed.

Many Catholics and some Protestants in Germany attend a church service on Corpus Christi. During the church service, special attention is paid to the sacrament's blessing. The sacrament consists of bread or wafers that are believed to be Jesus' body. In many places, the blessed sacrament is paraded outside during or after the service. This often results in a colorful celebration, especially in small villages.

A procession by ships is held on the banks of the Rhine in Cologne. This is known as the Muelheimer Gottestracht and has been held every year since 1435. It is possible for passengers to ride on some of the ships in the procession.

The custom's origins are uncertain. However it is thought that a thief wanted to cross the river by boat but an unseen force prevented the boat from crossing the water. This was seen as God finding a way to punish the thief for his sins.

Corpus Christi is a public holiday in the states of Baden-Wuerttemberg, Bavaria, Hesse, North Rhine-Westphalia, Rhineland-Palatinate and Saarland and in some parts of Sachsen and Thuringia. Post offices, banks, stores and other businesses are closed in these areas. However, stores in some tourist areas may be open and stores at railway stations, airports and along highways are usually open.

Public transport schedules may be normal, reduced or have no service depending on where one lives or wants to travel. Corpus Christi is not a public holiday in the rest of Germany.

Corpus Christi became a Christian feast following the work of the nun known as Juliana of Liege, a city now in Belgium. She lived from 1193 until 1252 and repeatedly had visions of Jesus reminding her that there was no special feast day for the Blessed Sacrament. Many Christians celebrated the festival as far back as 1246.

The Eucharist is a celebration of the last meal Jesus shared with his disciples. Common symbols are the bread or wafers and the wine that are believed to be Jesus' body and blood, the plate that holds the bread and the chalice that holds the wine. Other symbols are processional banners and cloths to protect the blessed sacrament (bread or wafers) as it is paraded outdoors.

About Corpus Christi in Other Countries

Other Holidays in June 2022 in Germany 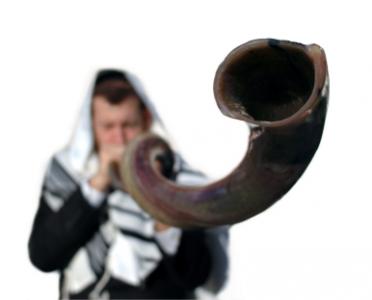 Rosh Hashana, commonly known as the Jewish New Year, is the first day of Tishrei, the seventh month in the Hebrew calendar.