May Day (Der Erste Mai, Tag der Arbeit) is an ancient festival to welcome the spring weather and to drive away evil spirits. It is also an occasion to campaign for and celebrate workers rights, particularly in Berlin. May 1 is a public holiday in all German states.

Is May Day a Public Holiday?

May Day is a public holiday. It is a day off for the general population, and schools and most businesses are closed.

Many people in Germany observe the night between April 30 and May 1 as Witches or Walpurgis Night (Walpurgisnacht, Hexennacht). People in some areas light bonfires and spend the evening and night outside. Young people may play pranks, such as moving their neighbors' garden furniture or ornaments to other properties. Maypoles are also prepared for the following morning, known as May Day. Young men in Rhineland may put a branch wrapped in colorful ribbons in the garden of a girl he would like to marry. Young women place these branches in the gardens of young men during leap years.

On May 1, some people organize or attend marches or rallies to campaign for or celebrate workers' rights in Germany or abroad. These events may be tied with campaigns from other European countries. The largest march occurs in Berlin-Kreuzberg, an area of Berlin, and attracts many political activists.

Other people spend some time outdoors enjoying the spring weather on May Day. If this holiday falls close to Ascension Day or the Pentecost weekend, many people take a portion of their annual leave and go on a short vacation in Germany or a neighboring country.

May 1 is a public holiday and post offices, banks and many businesses are closed. Nearly all stores are closed, although they may be open in tourist areas. However, bakeries, petrol stations and stores at railway stations, airports and along highways are often open.

Public transport services may run a normal, reduced or no service depending on where one lives or wants to travel. Traffic may be disrupted in town centers where large parades are held.

Traditionally, people believed that witches held Walpurgis Night celebrations on the summit of the Blocksberg, a mountain in the state of Saxony-Anhalt, on the night between April 30 and May 1. People believed that it was dangerous to be outside on this night so they lit fires and danced wildly to deter the witches from coming too close to them or their homes. These traditions lead to the custom of lighting fires and erecting maypoles still seen today.

May Day (or Labor Day) celebrations and similar observances on workers' rights are worldwide, including in countries such as Australia , Canada, the United Kingdom and the United States.

About May Day in Other Countries

Read more about May Day.

Other Holidays in May 2022 in Germany

The Second Day of Pentecost is, which is on the Monday after Pentecost (or Whitsunday), is a public holiday in Germany. 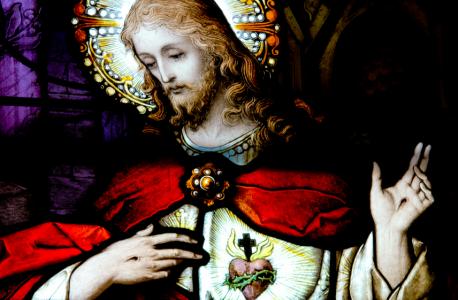 Corpus Christi celebrates the Eucharist and is public holiday in some parts of Germany.