Carnival Monday (Rosenmontag, Fasching, Karneval, Fastnacht) is just before the beginning of Lent. Many people mark the occasion in some regions in Germany by holding street parades, parties and making fun of German stereotypes, politicians and other public figures.

Is Shrove Monday a Public Holiday?

Shrove Monday is not a public holiday. Businesses have normal opening hours.

Carnival parades with floats are held in many villages, towns and cities in Germany. The parades in Cologne, Düsseldorf, Aachen and Mainz are especially well-known. The floats generally make a mockery of German habits or local, national and international politicians and public figures. Many floats carry figures up to seven meters (22 feet) high. They often present recent events or taboo subjects in a satirical way.

There are also other local customs. In many places, people sing songs that are critical of recent events or figures of authority, such as politicians, police officers and even teachers. People in Cologne may cut off strangers' neck ties, as these are seen as symbol of authority. Special cabaret or other theatrical performances are held in southern Germany.

Carnival Monday is not a national public holiday in Germany. However, schools and some other organizations are closed and many people have one or more days off work in many Catholic areas. Public life generally focuses on carnival activities. There may be some local disruption to traffic, as roads in city and town centers are closed for the parades to take place.

The traditions around the Carnival period are thought to have begun in the Roman period over two thousand years ago. It was customary that the servants and slaves played the role of masters for one day each year. This tradition is reflected in the custom of making a mockery of local, national and international leaders and public figures in modern times.

Carnival also marks the end of the period before Lent for many Christians. Lent is the name for the period before Easter. Some Christians fast and spend a lot of time in prayer during Lent. Traditionally, people did not eat meat, sugar or eggs or drink alcohol during this period. Remaining stores of these products were eaten in the Carnival period.

The German name for Carnival Monday is Rosenmontag. This name comes from the German dialect word roose meaning "frolic" and Montag meaning "Monday". The name was also originally used for the fourth Monday of lent because the pope traditionally consecrated a golden rose on the Sunday before. Other related holidays include Shrove or Carnival Tuesday and Ash Wednesday, which are celebrated worldwide, as well as Good Friday, Easter Sunday and Easter Monday in Germany.

Other Holidays in February 2023 in Germany 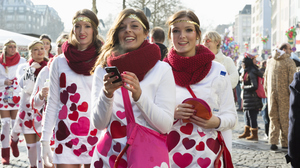 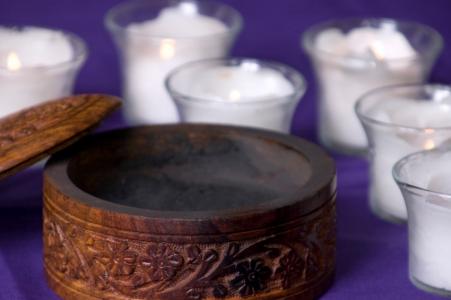