Remembrance Day (Dodenherdenking), on May 4, is an annual observance in the Netherlands that remembers those who died during war and in peace-keeping operations. It is the day before Liberation Day.

Is Remembrance Day a Public Holiday?

Remembrance Day is not a public holiday. Businesses have normal opening hours.

Remembrance gatherings are held throughout the Netherlands. Every year, people dedicate two minutes of silence at 8pm (local time) on May 4 to pay their respects to soldiers and civilians who died during World War II, as well as other military conflicts and peace-keeping missions. Wreaths are laid at various places, such as the National War Memorial in Amsterdam.

Remembrance Day is an annual observance and not a public holiday in the Netherlands.

The first Remembrance Day was held on Amsterdam's Dam Square in 1945, according to some sources, while others claim that it was observed for the first time on May 4, 1946. On the following day, May 5, the country celebrates Liberation Day.

Other Holidays in May 2022 in the Netherlands 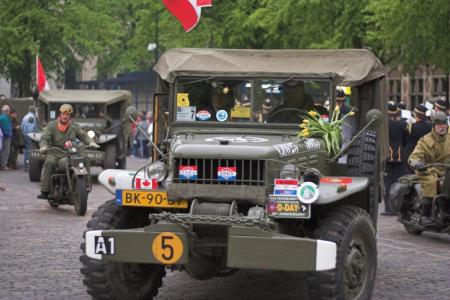 Liberation Day in the Netherlands celebrates the end of World War II in Europe.