Maundy Thursday is a Christian observance in the United Kingdom. The day, also known as Holy Thursday, occurs during Holy Week and falls on the Thursday before Good Friday. It commemorates Jesus Christ’s last supper and the initiation of the Eucharist, which is observed in many Christian churches.

Is Maundy Thursday a Public Holiday?

Maundy Thursday is not a public holiday. Businesses have normal opening hours.

Maundy Thursday in the United Kingdom features the monarch offering Maundy money, also known as Royal Maundy, to selected senior citizens – one man and one woman for each year of the monarch’s age. The monarch presents each man and woman with a red and white purse during the service. The red purse traditionally contains an allowance for clothing and provisions and the white purse holds Maundy coins to match the monarch’s age.

Many church services, particularly in many Catholic and Anglican churches, are held in the evenings. They may involve the blessing of oils used for sacraments. Services on this day usually reflect on the story of the Last Supper, which is told in the Christian bible. This day also commemorates the story of Jesus washing his disciples’ feet. Some priests or ministers may wash the feet of some congregation members in memory of this event.

Maundy Thursday is not a public holiday in the United Kingdom so schools, government offices and businesses are open. Public transport providers run to their usual schedules.

It was a tradition for the monarch in England to wash the feet of the poor (which the Yeoman of the Laundry pre-washed) and kiss them on Maundy Thursday. This custom took place in England until 1689. It can be traced back as far as when kings in France performed this act as early as the 11th century. The first English king to do perform the feet-washing ritual was John after his excommunication. The number of paupers was 13 until Edward III, who changed it to the number of years he reigned.

The monarchs showed little enthusiasm for washing feet after the reign of James II but giving gifts of food and money remained. One silver penny would be given to one poor man and one poor woman for each year of the sovereign’s age. Food and clothing were also handed out to the poor. It is, to this day, customary for England’s monarch (king or queen) to distribute Maundy money on Maundy Thursday.

About Maundy Thursday in Other Countries

International Moment of Laughter Day focuses on laughter as a way to de-stress. More

Reach as High as You Can Day

The sky is the limit. More

Look up the Sky Day

Today, step out of your homes and offices and look up to behold the wonder of the sky and space. More 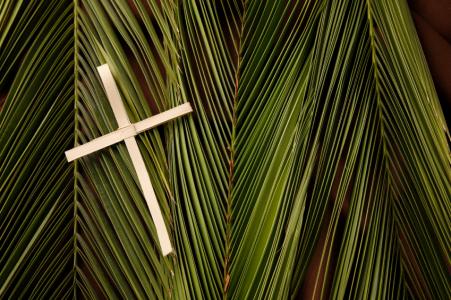 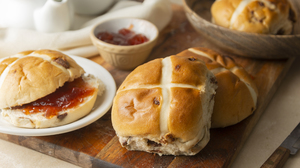 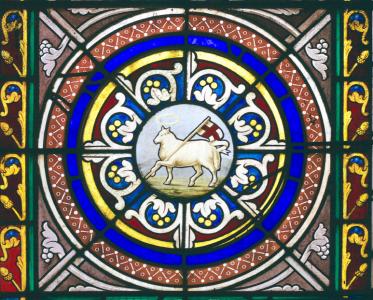 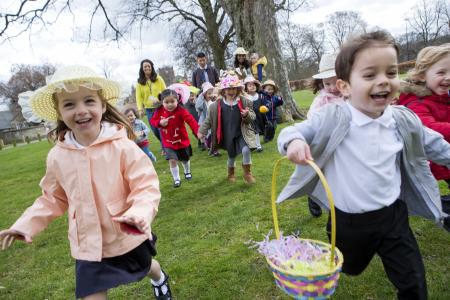 Easter Sunday commemorates Jesus Christ's resurrection. The Easter egg hunt is one of the most popular Easter traditions