Many Christian churches in the United Kingdom observe Shrove Tuesday as the last day before the fast for the Lent period. It is also known as Pancake Tuesday or Pancake Day.

Shrove Tuesday in the United Kingdom is commonly known as Pancake Tuesday. It is a time for people to eat pancakes or participate in pancake races. Pancakes in the United Kingdom have some variations. For example Welsh-cakes, or light cakes are eaten in Wales while many pancakes in Gloucester are made with suet, a hard, white or pink fat made from beef or mutton.

The Olney Pancake Race is held at Olney in Buckinghamshire on Shrove Tuesday. It is one of the best known pancake races in the United Kingdom. The course for the Olney Pancake Race is about 415 yards long (about 379 meters). Competitors must wear traditional costumes that include a skirt, apron and head covering to run the race. Official Olney and Liberal prizes are then presented at a Shriving service in the parish church after the race is finished.

Shrove Tuesday is not a bank holiday in the United Kingdom so public life is not affected. However some local areas, such as the town of Olney, may temporarily close sections of streets or roads for pancake races.

According to Christian tradition, Lent commemorates the 40 days that Jesus spent in the wilderness so observant Christians marked this event by fasting. Many people used ingredients, such as eggs and milk, to prepare pancakes on Shrove Tuesday prior to the fasting period. Pancake races have been held in England for more than 500 years. Some sources suggest that they may have started in 1445.

One old English custom associated with Pancake Day was the annual pancake grease at London’s Westminster where schoolboys would fight for pancakes to gain monetary awards. Another tradition was Mischief Night, where some people would go into houses in disguise and ask for pancakes. A general article about Shrove Tuesday worldwide covers more information about its background and symbols.

About Carnival / Shrove Tuesday / Pancake Day in Other Countries 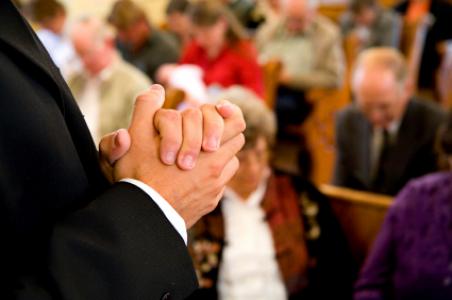 Ash Wednesday is a Christian observance in the United Kingdom. It is the first day of Lent.