When Is St Patrick's Day 2022 in Northern Ireland?

St Patrick's Day occurs on March 17 and is a bank holiday in Northern Ireland.

St Patrick's Day is a public holiday in Northern Ireland, where it is a day off for the general population, and schools and most businesses are closed.

In the United Kingdom, St. Patrick's Day is celebrated in Irish pubs and in cities where many people with an Irish background live, such as Nottingham and London. The degree to which people celebrate St Patrick's Day varies according to their religious and political affiliations.

March 17 is just a normal day for many people in England, Scotland and Wales. They go to school or work as normal, and do not hold or attend any special events. Some may go for a drink in their local Irish pub at lunch time, after work or in the evening. However, in some towns and cities, particularly those with large Irish populations, parades and other large scale events are organized.

A weekend of celebrations is organized in Nottingham. These include a parade, children's workshops, an arts festival and performances by well-known Irish musicians. There is also a parade, attended by many thousands of people in Birmingham. An Irish festival lasting three days is held in Liverpool.

A whole week of celebrations is organized around St Patrick's Day in London. These include a parade and a festival held close to, but not always on, March 17. The parade visits Trafalgar Square and Covent Garden and the festival are held in Trafalgar Square, Leicester Square and Covent Garden. Together, the parade and festival allow people to experience many aspects of Irish culture including food, crafts, dance and music.

St Patrick's Day is not a public holiday in England, Wales or Scotland. In these three parts of the United Kingdom, schools, stores, businesses and other organizations are open as usual. Public transport systems run to their normal timetables. Local events, such as parades, can cause some local disruption to traffic. If you think this may affect you, it is a good idea to check the local press for details.

St Patrick's Day is a bank holiday in Northern Ireland. Schools and many organizations are closed. Stores and other businesses may be open or closed. Public transport systems may run on holiday timetables. There may be some local disruption to traffic due to parades or other events. The bank holiday falls on the following Monday if March 17 falls on a Saturday or Sunday.

St Patrick is one of Ireland's patron saints. He is believed to have died on March 17 in or around the year 493. He grew up in Roman Britain, but spent time in Ireland as a young man and later as a missionary. According to popular legend, he is buried under Down Cathedral in Downpatrick, County Down, and banished all snakes from Ireland. However, it is thought that there have been no snakes in Ireland since the last ice age. The “snakes” that St Patrick banished from Ireland, may refer to pagan worshipers of snake gods.

The date of St Patrick's Day is fixed as March 17. It is occasionally be moved by the authorities of the Catholic Church. This happened in 1940, so that the celebrations would not fall on Palm Sunday, and in 2008 to avoid Holy Monday, the last Monday before Easter Sunday. These changes do not often affect non-church celebrations. In particular, the bank holiday in Northern Ireland is still held on March 17 or the Monday afterwards if March 17 falls on a Saturday or Sunday.

St Patrick's Day was originally a religious occasion to mark the life and work of St Patrick. In 1903 it became a public holiday in the whole of Ireland. Pubs were not allowed to open on March 17 until the 1970s. It is only recently that St Patrick's Day has become a secular holiday.

About St Patrick's Day in Other Countries 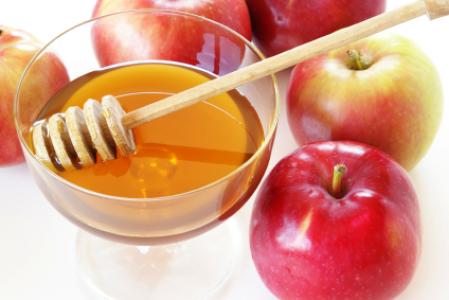