When Is International Day of Commemoration in Memory of the Victims of the Holocaust 2022?

On January 27 each year, the United Nations (UN) remembers the Holocaust that affected many people of Jewish origin during World War II. This day is called the International Day of Commemoration in Memory of the Victims of the Holocaust. It also commemorates when the Soviet troops liberated the Nazi concentration and death camp Auschwitz-Birkenau in Poland on January 27, 1945.

Holocaust survivors and various leaders make their voices heard on the International Day of Commemoration in Memory of the Victims of the Holocaust. Many of them speak publicly about the Holocaust or their experiences around the event, its aftermath and why the world should never forget what happened in Europe in the 1930s and 1940s. Many statements emphasize the need for future generations to learn about and remember the Holocaust and for everyone to work towards preventing genocide.

The UN organizes and supports events such as: concerts by musicians who survived the Holocaust or are survivors' descendants; art exhibitions influenced by the Holocaust; presentations of special stamps; the introduction of special educational programs; and film screening and book signing focused on the Holocaust.

The International Day of Commemoration in Memory of the Victims of the Holocaust is a global observance and not a public holiday.

The Holocaust, or Shoah (Sho'ah, Shoa), is the term used to describe the deliberate murder and desecration of millions of people prior to and during World War II in Germany and German occupied areas in Europe. Many of them were Jewish but the Roma people, Soviet civilians and prisoners of war, ethnic Poles, people with disabilities, homosexuals and political and religious opponents were also killed. Many people died in concentration and death camps spread across Nazi-occupied Europe. One of the most notorious camps was Auschwitz-Birkenau, near Oświęcim, Poland. More than one million people died in Auschwitz-Birkenau before Soviet troops liberated it on January 27, 1945.

On January 24, 2005, the UN General Assembly commemorated the 60th anniversary of the liberation of the Nazi concentration camps. Following this session, a UN resolution was drafted to designate January 27 as the International Day of Commemoration in Memory of the Victims of the Holocaust. The resolution called for education programs on the Holocaust to help prevent genocide. It also rejected denials that the Holocaust occurred. On November 1, 2005, the assembly adopted this resolution so the day could be observed each year. It was first observed on January 27, 2006.

Many Jewish groups, particularly in Israel, also observe Yom HaShoah, which is a day of mourning for Holocaust victims on 27th day of the Hebrew month of Nisan, which falls in April or May of the Gregorian calendar.

The symbol of the "Holocaust and the United Nations Outreach Programme" consists of four elements on a solid black background. Two elements are the words "Remembrance and Beyond" and the UN symbol, both depicted in white. The UN symbol consists of a projection of the globe centered on the North Pole surrounded by two olive branches.

The other two elements are a piece of barbed wire and two white roses. The strands of the barbed wire merge into the stems of the roses. The barbed wire represents: the concentration camps; the loss of freedom of Jewish people and many other groups before and during World War II; and their pain and suffering.

The white roses represent peace, freedom and remembrance. These flowers also remind people of the White Rose, a non-violent resistance movement that was active in Germany from June 1942 until February 1943. In the United States and United Kingdom, white roses symbolize the investigation, remembrance and prevention of genocide.

Held either January 27 or February 7, this mathematical holiday celebrates the constant e. More 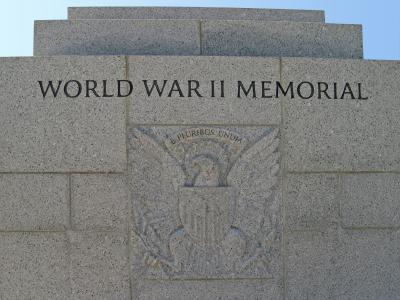 The United Nations’ (UN) Time of Remembrance and Reconciliation for Those Who Lost Their Lives during the Second World War is annually held over two days, from May 8-9.