When Is Time of Remembrance and Reconciliation for Those Who Lost Their Lives during the Second World War 2022?

The United Nations (UN) has a two-day global observance that occurs on May 8 and 9 each year. It is known as the “Time of Remembrance and Reconciliation for Those Who Lost Their Lives during the Second World War”.

This two-day observance gives people, non-government organizations, and governments the chance to remember people who died during World War II. The dates for this observance are marked in calendars and noted in organizations throughout the world. Articles about remembering World War II victims may be published in magazines, newspaper, or online during this time of the year.

Some organizations, including embassies, may have special wreath laying ceremonies at cemeteries or memorials to remember World War II soldiers who died fighting for their country, as well as Holocaust victims and those who died in concentration camps.

The UN’s Time of Remembrance and Reconciliation for Those Who Lost Their Lives during the Second World War is not a public holiday.

The UN also declared May 8 and 9 as a time of remembrance and reconciliation, to be observed annually worldwide on either day or both days. These dates serve as a tribute to all those who died during World War II. This observance is not to be confused with the International Day of Commemoration in Memory of the Victims of the Holocaust.

The UN emblem may be found in material promoting the Time of Remembrance and Reconciliation for Those Who Lost Their Lives during the Second World War. The emblem consists of a projection of the globe centered on the North Pole. It depicts all continents except Antarctica and four concentric circles representing degrees of latitude. The projection is surrounded by images of olive branches, representing peace. The emblem is often blue, although it is printed in white on a blue background on the UN flag. 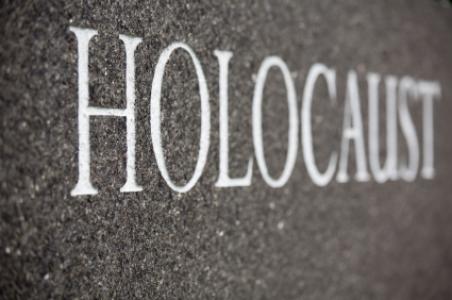 The United Nations' (UN) International Day of Commemoration in Memory of the Victims of the Holocaust remembers those who died and suffered during the Holocaust before and during World War II. It is on January 27 each year.