Arbor Day is a state holiday to promote tree planting in Nebraska and is held on the last Friday of April.

Is Arbor Day a Public Holiday?

On Arbor Day, people are encouraged to care for their natural environment. It's a time for people to get their hands in the dirt and plant and/or care for trees, bushes and plants. Events include: communal tree planting, exhibitions, fairs, music performances and open days in garden centers. Arbor Day awards are also presented in communities, schools, and organizations throughout the United States.

Arbor Day falls on the last Friday of April in Nebraska. It is a legal holiday so some state offices and historic sites are closed. Some schools are closed, while others remain open, so residents must check with their local school on possible school closures. Some businesses are closed but others may remain open.

In 1854 J Sterling Morton moved from Detroit to the area that is now Nebraska. He and other pioneers noticed a lack of trees, which were needed to act as windbreaks to stabilize the soil and to give shade from the Sun. Morton planted many trees around his own home and encouraged others to do the same.

On January 4, 1872, he proposed a holiday to plant trees on April 10 that year. This was known as "Arbor Day" and prizes were awarded to the counties and individuals who planted the most trees on the day. About one million trees were planted in Nebraska on the first Arbor Day. In 1885, Arbor Day became a legal holiday and was moved to April 22, which was Morton's birthday. In 1989 the official state holiday was moved to the last Friday in April. All states in the US now have an official Arbor Day, usually at a time of year that is has the best weather conditions for planting trees.

Zipper Day on April 29 is dedicated to the humble zipper, a device we all usually take for granted. More 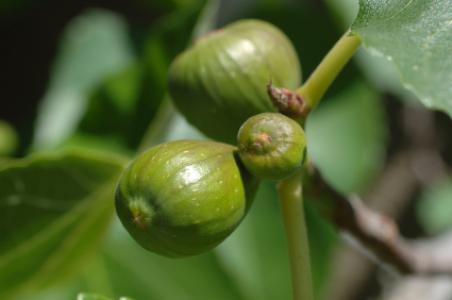