The Belmont Stakes is the third and final horse race of three-year-old Thoroughbreds in the Triple Crown. The race, which is also known as 'The Run for the Carnations' is held at the Belmont Park in Elmont, New York.

The Belmont Stakes is usually held on the first Saturday of June. Since Saturday is a non-working day in the United States, most government offices and schools are closed, but businesses tend to stay open. Public transport may be limited and it is recommended that people check with the local transit offices for public transport timings.

How Is the Belmont Stakes Celebrated?

The oldest and the longest race of the Triple Crown at 2.41 km (1.5 miles), the Belmont Stakes is one of the most watched live sports events in the United States. Because of its length, it is also known as 'The Test of the Champion'. The race attracts well-dressed attendees who traditionally celebrate the event by drinking the Belmont Jewel, the official cocktail of the race.

Not the First Official Drink

The Belmont Jewel, which is made by mixing bourbon, lemonade, and pomegranate juice, has not always been the official drink of the Stakes. In 1997, the original cocktail, the White Carnation, was replaced by the Belmont Breeze. Neither drink met the approval of reviewers. This prompted the organizers to introduce the Jewel in 2011.

Run for the Carnations

The winner of the race is awarded a blanket of over 500 white carnations, which are painstakingly glued to green velvet by hand. The flowers are imported from Colombia.

In addition to the elaborate and heavy blanket of carnations, the winner receives the August Belmont Trophy. It is a silver cup that was designed by American jewelry designer George Paulding Farnham and created by New York jewelers Tiffany and Co. Donated by the Belmont Family, the founders of the Belmont Park, the trophy became the official award of the Stakes in 1926. The winner gets to keep the trophy for a year until the next race day.

What Is the Belmont Stakes?

Geldings and colts are required to carry 57 kg (126lb) and fillies 55 kg (121lb) while running the race.A gelding is a castrated male horse, a colt is a young male horse, while a filly is a young female horse.

History of the Belmont Stakes

Belmont Stakes is one of the oldest Grade I Stakes in the United States. First run in 1867 at Jerome Park Racetrack in the Bronx, the race did not move to its current home, the Belmont Park, until 1905.

The race and the race track are named after August Belmont Sr., American politician, diplomat, and avid horse breeder. He was responsible for financing the building of the Jerome Park Racetrack.

Corn on the Cob Day

Celebrate summer by treating yourself to some delicious corn on the cob. More 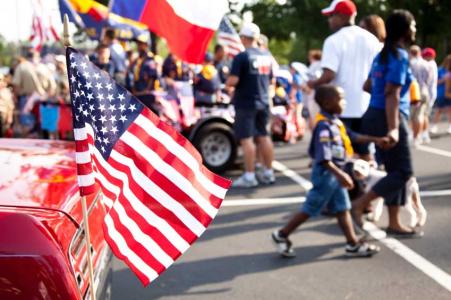