When Is Bunker Hill Day 2022 in Massachusetts?

Bunker Hill Day marks the anniversary of the Battle of Bunker Hill, also known as the Battle of Breed's Hill. This battle, which occurred on June 17, 1775, was part of the Siege of Boston, which took place during the American Revolutionary War.

Bunker Hill Day is not a public holiday. Businesses have normal opening hours.

A range of events are organized, usually at historic sites and museums. Examples include: re-enactments of historical events; displays on Native American life; performances of live music; and demonstrations of colonial cooking and crafts. Many events are held on a weekend close to June 1, so families can attend.

On the Sunday before or on June 17, a large parade is held in Charlestown, Massachusetts, to celebrate Bunker Hill Day and to commemorate the Battle of Bunker Hill. Various groups take part in the parade including: local marching bands and other musical groups; current and past military personnel; re-enactment groups, especially those connected to the Siege of Boston; sports groups; fire trucks; police motorcycles; and floats sponsored by local businesses. Many people also visit re-enactments of battles and other events from the American Revolutionary War or visit the Bunker Hill Monument or other historic sites on the Boston Freedom Trail.

Before 2010, Bunker Hill Day was a state holiday in Suffolk County in Massachusetts. Today, it is a local observance, so shops, schools, and offices have normal opening hours.

The Charlestown Peninsula is north of the Charles River and south of the Mystic River and extends about one mile (1.6 kilometers) into Boston Harbor. There are two hills on Charlestown Peninsula: Bunker Hill in the north; and Breed's Hill in the south. On June 16, 1775, Colonel William Prescott and around 1,500 soldiers moved into the area and started to build a fortification on Breed's Hill. In the early hours of the next morning, they were spotted by a British Navy ship. The British attacked and conquered the peninsula, but about 1500 people died in the battle.

Eat all the veggies on your plate on this made-up holiday. More 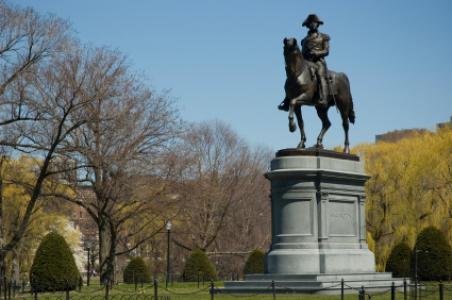