When Is Inauguration Day 2022?

Inauguration Day does not occur in 2022

Inauguration Day occurs in the USA once every four years on January 20. It is held in the year after presidential elections have been held.

Is Inauguration Day a Public Holiday?

The new terms of office of the president and vice-president officially begin at noon in Washington DC.

On Inauguration Day, the candidates who won the elections in the previous year are sworn into office as president and vice-president of the United States. The swearing-in ceremony takes place at the U.S. Capitol and is organized by the Joint Congressional Committee on Inaugural Ceremonies. It is usually followed by a parade along Pennsylvania Avenue.

The new president watches the parade from the presidential viewing stand in front of the White House. The route of the parade is often lined by thousands of people. However, many Americans watch the ceremony on television or listen to it on the radio.

Inauguration Day is not a public holiday in most of the United States and most people are expected to work as usual. Many schools, stores, and other organizations are open as normal in many parts of the USA. Public transport services run on their regular schedules. There may be changes to normal broadcasting schedules on television and radio, as news stations cover the inauguration ceremony.

In and around Washington D.C., there can be considerable disruption to public life, both on Inauguration Day and in the days before and after the ceremony. This is not only due to the actual ceremony and parades that accompany it but also the protests and demonstrations that are organized and the massive security operation that takes place. If you have business affairs in this area in the second half of January in an inauguration year, it is wise to check carefully that you will be able to do what you need to.

The head of state of the USA has been a president since 1789. In that year, George Washington was elected and inaugurated as president of the United States of America. He was inaugurated for the first time on April 30, 1789, and for the second time on March 4, 1793. Subsequent inaugurations were held on March 4 until the second inauguration of President Franklin Roosevelt on January 20, 1937. Since then, Inauguration Day has been held on January 20 and the term of office officially starts at 12:00 noon on that date.

After the ceremony, the president and vice-president are guests of honor at a luncheon given by the United States Congress. Later in the day, they parade down Pennsylvania Avenue and walk part of the way from the Capitol to the White House. If Inauguration Day falls on a Sunday, the presidential oath is usually administered in a private ceremony on that day and a public ceremony and celebrations are held on the following day. 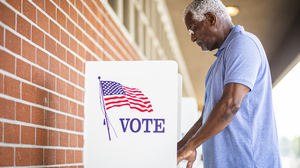 Election Day in the United States of America is the day on which popular ballots are held to select public officials.