Seward’s Day is a holiday in Alaska, the United States, to commemorate the US purchase of Alaska from Russia in 1867. This state holiday is annually held on the last Monday of March. It should not be confused with Alaska Day.

Is Seward's Day a Public Holiday?

Many Alaskans have a day off work or school on Seward’s Day. Celebrations are held in places such as Anchorage, Seward and Sitka. Events and activities may include:

Schools may provide educational activities, such as essays, reports and class discussions about William Seward’s life and achievements in relation Alaska’s history, prior to the Seward’s Day public holiday.

Seward’s Day is a public holiday in Alaska so government offices, post offices, as well as many courts and libraries, are closed. Many public schools are open but some schools finish early for the day and many businesses are closed. Those intending on travelling by public transport on this day will need to check the public transport schedules for any changes ahead of time. If Seward’s Day falls on a Saturday it is observed on the Friday before. If it falls on a Sunday it is observed the following Monday.

Seward’s Day commemorates when the United States bought Alaska from Russia for about $7.2 million in 1867. William Henry Seward, who was Secretary of State at the time, signed the treaty with Russia on March 30, 1867. Many people thought that the price was outrageously high and called the action “Seward’s folly” or “Seward’s icebox” after he arranged the transaction.

Many Americans believed that there was nothing in the vast wasteland that would interest them. The Russians suffered great losses when they owned the land and the cost of maintaining a remote outpost was great so they sold the land to the United States. Doubters’ opinions changed in 1897 when gold was discovered along the Klondike River, drawing many fortune seekers to the area.

Alaska’s natural resources paid back the initial investment many times over. Its natural gas, coal and oil reserves, in addition to its seafood and lumber industries, eventually proved to be more valuable than its gold. Seward died in New York in 1872 and did not live to see his foresight commemorated as a legal holiday in Alaska.

Memorials and landmarks dedicated to William Seward are found in Alaska and other parts of the United States. For example, Seward Park is found in Seattle, Washington. The city of Seward is also named after William Seward. It is located on the Kenai Peninsula at the head of Resurrection Bay and was founded in 1903 as a supply base to construct a railway to the Yukon Valley. A popular figure that represents William Henry Seward is perched on top of a pole in Ketchikan, Alaska.

Something on a Stick Day

Have some fun with your food. Feast on all kinds of food on a stick. More 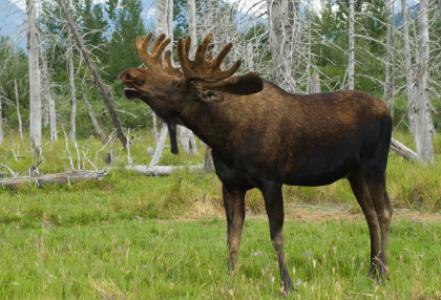