Laylat al Qadr is also known as the Night of Power or the Night of Destiny. It commemorates when Koran (Qur’an) was revealed to the prophet Muhammad (also known as Mohammad). Muslims in the United States celebrate the event, also spelled as Laylat al-Qadr or Shab-e-Qadr, on one of the last 10 days of the Islamic month of Ramadan.

Is Lailat al-Qadr a Public Holiday?

Lailat al-Qadr is not a public holiday. Businesses have normal opening hours.

Laylat al Qadr marks the time when the Koran’s first verses were revealed to the Islamic prophet Muhammed. It is also believed that this night marks their fate in the following year. Therefore, many Muslims pray in the night to God for mercy, forgiveness, and salvation. This practice is also called Ehyaa.

This "Night of Power" is considered the most appropriate time of the entire year to pray for salvation and blessings. It is believed that a Muslim’s past sins are forgiven if the person prays throughout this night. Many people assemble at mosques during the Isha’ prayer, with many prayers being made until midnight.

Laylat al-Qadr is not a federal public holiday in the United States. However, many Islamic organizations and businesses may alter their opening hours and there may be some congestion around mosques, particularly in the evening and at night.

Laylat al Qadr commemorates the night in 610 CE when Allah revealed the Koran (Islamic holy book) to the prophet Muhammad. The angel Gabriel first spoke to the prophet during that time, which marked the beginning of Muhammed’s mission. These revelations continued throughout the remainder of his life, according to Islamic belief.

Children begin studying the Koran from an early age and they celebrate the moment when they have read all the chapters for the first time. Many adults try to memorize the Koran. This day is also known as the Night of Power or the Night of Destiny.

About Lailat al-Qadr in Other Countries 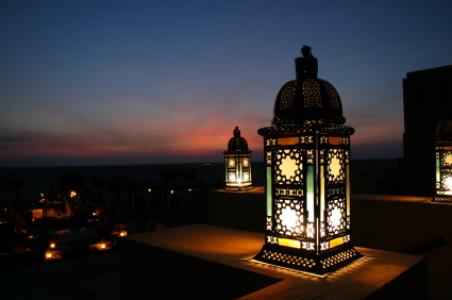 Many Muslims in the United States fast in the hours of daylight during Ramadan, the ninth month in the Islamic calendar.