When Is International Men's Day 2022?

International Men’s Day is a time for many people to reflect on the contributions, sacrifices and progress made by men in society. Such progress includes that of men working together with women to make educational, economic, social, and technological advances in society. Topics that may be discussed or showcased through various media, activities and events on the day may include:

Meetings, workshops or group gatherings may also be held on this day to focus on overcoming challenges such as domestic violence and drug abuse. International Men’s Day is supported by various organizations worldwide, including the United Nations (UN) and the Men's Network.

International Men’s Day is not a public holiday but traffic and parking conditions may change if there are larger scale activities that take place, such as street marches or rallies.

The faces of positive male role models of all backgrounds, ages, and nations are seen in various promotions, such as posters, postcards and information booklets, on International Men’s Day.  Red roses have also been given to men to mark international Men's Day. Various messages and slogans that promote the day are also publicized during this time of the year. 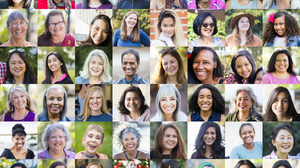