Dawn refers to the transition from night to day as the sky gets brighter and the morning twilight heralds the beginning of a new day. The term has different colloquial meanings, but there is also a scientific definition.

Science specifies dawn as a particular moment defined by the solar elevation angle, which is the position of the Sun in relation to the horizon. As with dusk, astronomers differentiate between three different stages of dawn, each marking the beginning of one of the three phases of morning twilight:

Precise dawn and sunrise times for your city

When the Sun passes the elevation angle of -18 degrees as it ascends towards the horizon before sunrise, a very small portion of its rays begin to permeate the firmament. The Earth's upper atmosphere begins to scatter and reflect the sunlight, illuminating the lower atmosphere.

However, at this point, the twilight is so faint that it is generally indistinguishable from night, especially in areas with light pollution. Astronomers may be unable to observe some of the fainter stars and galaxies as the Sun passes this mark.

Astronomical dawn marks the beginning of astronomical twilight, which lasts until nautical dawn.

At nautical dawn, the geometric center of the Sun's disk reaches an angle of 12 degrees below the horizon. The sunlight reflected by the atmosphere is now generally sufficient to distinguish the sky from land or water in clear weather conditions. As the horizon becomes faintly visible during this stage, seafarers can use it as a reference point when navigating by the stars.

Nautical dawn rings in the period of nautical twilight, which ends at civil dawn.

What is “False Dawn”?

Civil dawn, the brightest instance of dawn, occurs when the geometric center of the Sun's disk is 6° below the horizon. If the sky is clear, it is now enveloped in bright orange and yellow colors. At this point, only the brightest stars and planets, like Venus and Jupiter, are visible to the naked eye.

Even on a cloudy morning, there is now probably enough indirect natural light to make it possible to carry out most outdoor activities without artificial lighting.

This moment marks the beginning of civil twilight, the period of daybreak just before sunrise. It ends as the upper edge of the Sun touches the horizon.

Colloquially, dawn is used to denote daybreak in general. It is also often seen as a synonym for the period of morning twilight when the Sun is still below the horizon, but its rays are already reflected by the Earth's atmosphere, lighting up the sky.

The term is also sometimes used as another word for sunrise—the moment when the upper edge of the Sun's disk appears above the horizon and the first direct sunlight of the day becomes visible.

As the beginning of a new day, dawn has a special significance in many of the world's religions. However, the definition of the term varies from one faith and religious community to another.

For example, Muslims are required to offer the Fajr prayer, which is one of the five obligatory daily prayers in Islam constituting one of the Five Pillars of the Islamic faith, during the morning twilight period. Even within Islam, however, there are differing opinions about the correct moment for the prayer.

The Jewish Holy Scripture also dictates dawn as a time for prayer. The Talmud defines dawn as the moment 72 minutes before sunrise. However, some Jewish communities claim that this definition pertains only to the situation in Mesopotamia on the days of the equinoxes. These groups calculate the correct moment of dawn for each day and location, based on a solar elevation angle of 16.1 degrees below the horizon. 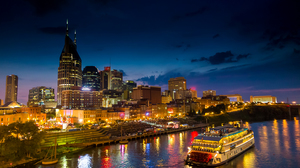 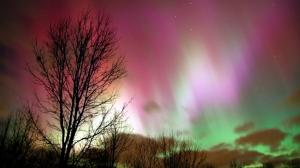