To stay in sync with the Moon phases and the seasons, the Buddhist calendar adds a leap month every 2-3 years, and a leap day 11 times in 57 years.

The Buddhist calendar is a lunisolar calendar, a time reckoning system that attempts to stay in sync with the apparent movements of both the Sun and the Moon.

Out of Sync with Sun and Moon

A common year in the Buddhist calendar has 12 months—6 months with 29 days and 6 months with 30 days. This structure is designed to approximate the length of the synodic lunar month, the time span from one New Moon to the next. However, while the calendar assumes an average month length of 29.5 days, a mean synodic month lasts about 29.5306 days.

At the same time, the length of a 12-month common year in the Buddhist calendar amounts to only 354 days, whereas an average tropical year lasts about 365.2422 days. A tropical year is the time it takes the Earth to revolve around the Sun.

Without leap years, the calendar would therefore quickly drift out of sync with both the Moon phases and the astronomical seasons.

Months in the Buddhist calendar

The 19-year and 57-year periods are based on the Metonic cycle, also known as Enneadecaeteris, which is also used in other calendars. This is a time span that comes very close to being a common multiple of the solar year and the synodic lunar month. With a deviation of just a few hours, 19 solar years have very nearly the same length as 235 synodic months, both periods amounting to 6940 days.

This set of rules, while succeeding to a certain degree to slow the calendar's drift in relation to the seasons and the Moon phases, produces a calendar that is still fairly inaccurate.

This is because the Buddhist calendar year aims to reflect the length of a sidereal year, the time in which the Earth completes a full orbit around the Sun in relation to fixed stars. However, the Metonic cycle is based on the length of a tropical year, which is about 20 minutes shorter.

For this reason, the beginning of the Buddhist calendar year occurs a little later each year. At present, it falls into the second half of April, although there are regional variations.

How accurate are the other calendar systems?

Buddhists use a lunisolar calendar system. How does it work? 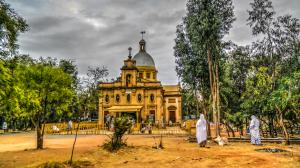