Buddhists around the world use a lunisolar calendar system to determine the dates of religious holidays.

The Buddhist calendar employs a lunisolar system, meaning that it keeps track of the apparent movements of both the Moon and the Sun. It is derived from the lunisolar Hindu calendar.

Developed in ancient Burma (present-day Myanmar) and traditionally used in many regions of Southeast Asia, it no longer has the status of an official calendar in any country.

Buddhist festivals whose date is calculated using this calendar include Magha Puja and Asalha Puja.

Holidays and festivals in Thailand

Holidays and festivals in Cambodia

The Buddhist calendar divides a common year into 12 months, their length alternating between 29 and 30 days. While this basic structure is common to all variants of the Buddhist calendar, the names of the months are different in each language. In some versions, numbers are used instead of names.

Months in the Gregorian calendar

When Does the Year Begin?

Another similarity between the Hindu calendar and the Buddhist system is the fact that the new year begins as the Sun traverses into the zodiac sign of Aries.

This date, as well as the Buddhist calendar year as a whole, is dependent on the length of a sidereal year, which is the time the Earth needs to complete a full orbit around the Sun in relation to fixed stars. Since this time span is about 20 minutes longer than a tropical year, which determines the onset of the seasons and which the western Gregorian calendar aims to reflect, the Buddhist year begins slightly later each year. At present, the Buddhist New Year falls into the second half of April, although there are regional variations.

When Does a Decade Start

The Buddhist calendar uses the Gautama Buddha's date of death—or, in Buddhist terms, the moment Buddha reached parinirvana—as its starting point. While there is disagreement about the exact year, some versions of the calendar starting their year count in years 543 or 545 BCE, the most commonly observed year numbering system starts in year 544 BCE.

More about leap years in the Buddhist calendar

Leap years in the Gregorian calendar

How accurate are the other calendar systems? 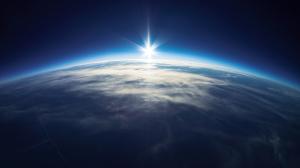