Many Orthodox Christians annually celebrate Christmas Day on or near January 7 to remember Jesus Christ’s birth, described in the Christian Bible. This date works to the Julian calendar that pre-dates the Gregorian calendar, which is commonly observed.

Orthodox Christians in central and eastern Europe and other parts of the world celebrate Christmas on January 7. The Christmas dates around January 7 may vary among some churches. The day is a time of reflection, inner thoughts and healing in many eastern European countries. Many Orthodox Christians fast before January 7, usually excluding meat and dairy products. Foods may include:

Christmas Day, on the other hand, is a day for feasting and enjoying the company of friends and family members. The Christmas meal usually includes meat and different types of pastries. One traditional Russian Christmas dish is baked goose with apples.

The type of food and activity may vary depending on the country’s culture and traditions. In some Orthodox Christian cultures, people walk in procession to seas, rivers and lakes as part of the liturgy on the Orthodox Christmas Day. They make holes in the ice to bless the water if it is frozen. Little importance is given to gift exchanges and the commercialized Christmas.

Christmas celebrates the birth of Jesus Christ, who many Christians believe is the son of God. His birth date is unknown because there is little information about his early life. The Gospel of St Matthew in the Bible claims he was born during Herod the Great’s reign. Herod, who was a king of Judaea, died in 4 BCE. Many Christians celebrate Jesus’ birthday on December 25 but there are some who hold tradition by observing the date on January 7.

Christmas on January 7 is also known as Old Christmas Day. Eleven days were dropped to make up for the calendar discrepancy that accumulated with Julian calendar when England and Scotland switched from the Julian to the Gregorian calendar in 1752. Many people, especially in rural areas, did not accept the loss of these 11 days and preferred to use the Julian calendar.

Saint Nicholas, who is the patron saint of Russia, sailors and children, represents the kind, good, and giving spirit of Christmas. White cloth is used on dinner tables in some countries to symbolize purity and the cloth that baby Jesus was wrapped in. Straw may be placed on these tables to symbolize the simplicity of the place where Jesus was born. Candles may be lit to represent the light of Christ and the festive Christmas meal represents the end of fasting. 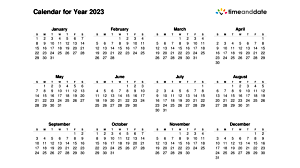