Orthodox Christmas Day is not a public holiday. Businesses have normal opening hours.

Many Orthodox Christians in countries such as the United States fast before Christmas Day. Many people identify the Nativity Fast as the period of preparing to celebrate Jesus Christ’s birth. It is believed that fasting helps people shift their focus from themselves to others, spending less time worrying about food and using more time in increased prayer and caring for the poor. In return, fasting before the Nativity enables one to fully enjoy, appreciate and celebrate the Nativity of Christ.

The Orthodox Christians’ observance of Christmas Day on or near January 7 is not a nationwide public holiday in the United States. However, parking and traffic around Orthodox Christian churches may be busy around this time of the year.

For many Orthodox Christians, Christmas Day is not about presents, eggnog or Christmas characters that have become popular through commercialization.  Christmas Day is a time to heal the soul. It is also a time of peace and unity.

White cloth is used on dinner tables in some countries to symbolize purity and the cloth that baby Jesus was wrapped in. Straw may be placed on these tables to symbolize the simplicity of the place where Jesus was born.  Candles may be lit to represent the light of Christ and the festive Christmas meal represents the end of fasting. 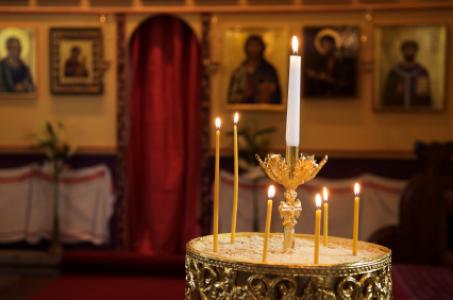 Many Orthodox Christian churches in countries such as the United States celebrate New Year’s Day on January 14 in the Gregorian calendar.