UPDATE: The End of Leap Seconds?
In November 2022, the General Conference on Weights and Measures (CGPM)—an international body that decides on global standards for how things are measured—passed a resolution asking the International Telecommunication Union (ITU) to consider changing the way we define civil time. Read the full story.

A Standard, Not a Time Zone

UTC is the time standard commonly used across the world. The world's timing centers have agreed to keep their time scales closely synchronized - or coordinated - therefore the name Coordinated Universal Time.

Universal Time (UT) was created at the International Meridian Conference in 1884. This is the basis for the 24-hour time zone system we know today.

At the time, Greenwich Mean Time (GMT) was chosen as the world’s time standard. The reference line or starting point, the Prime Meridian, was determined to be the transit circle at the Royal Observatory in Greenwich, London. The transit circle is a part of the telescope's mechanics and it is still cited as the prime meridian's original reference (0° longitude).

From GMT to UTC

In 1960, the International Radio Consultative Committee formalized the concept of UTC, and it was put into practice the year after. The name Coordinated Universal Time was officially adopted in 1967.

UTC was adjusted several times until 1972, when leap seconds were introduced to keep UTC in line with the Earth's rotation, which is not entirely even, and less exact than atomic clocks.

GMT is now a Time Zone

Until 1972, Greenwich Mean Time (also known as Zulu time) was the same as Universal Time (UT).

The difference between GMT and UTC

Since then, GMT is no longer a time standard. Today, Greenwich Mean Time (GMT) is only the name of a time zone that is used by a few countries in Africa and Western Europe, including the UK during winter and all year in Iceland.

UK uses BST – not GMT – in the summer 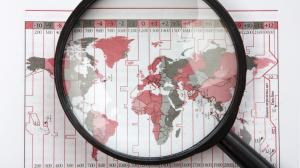 Why Do We Have Time Zones?

The expansion of transport and communication during the 19th century created a need for a unified time-keeping system, and time zones were introduced.