When Is Labor and Solidarity Day 2022?

Labor and Solidarity Day in Turkey is an occasion for some people to demand better conditions for skilled laborers and union workers. Many others use the day to relax and see their friends and relatives.

Is Labor and Solidarity Day a Public Holiday?

Labor and Solidarity Day is a public holiday. It is a day off for the general population, and schools and most businesses are closed.

Some people in Turkey participate in demonstrations on Labor and Solidarity Day. They may demand better conditions for skilled laborers and union workers, or protest the government's policies. If the demonstrators gather in unsanctioned places, the police may try to disperse the crowd.

People who do not participate in political demonstrations try to avoid public gatherings on May 1 because demonstrations sometimes end in violence. Many people use the day off to have a picnic and spend time with friends and relatives.

Labor and Solidarity Day, observed on May 1, is an official holiday in Turkey. Administration buildings, schools and post offices are usually closed on this day. However, many businesses remain open. Public transport routes may vary in the event of street protests. Visitors should consider avoiding the demonstrations, as they may end up in violence.

May 1 became an official holiday, called “Workers' Day” (İşçi Bayramı), in Turkey in 1923. The event was marked by mass protests and occasional violence. This led the Turkish authorities to ban the participation in the May 1 demonstrations in 1924. The protests continued and the government banned the holiday in 1925.

May 1 returned as the “Spring and Flowers Day” (Bahar ve Çiçek Bayramı) in 1935. It was a peaceful day until 1976, when workers organized their first May 1 demonstration in many years. Even bigger demonstrations followed in 1977, and someone opened fire in the 500,000-strong crowd in the Taksim Square in Istanbul. Thirty-four people died in the resulting stampede and more than 100 people were injured.

The Turkish authorities have since banned the May 1 demonstrations at the Taksim Square. In 1981, the government banned the holiday for the second time. May 1 returned as an official holiday under the name of “Labor and Solidarity Day” in 2009.

The symbols of Labor and Solidarity Day in Turkey are a worker's hands holding the globe and images of people from around the world holding hands. These symbols can be seen on May 1 in Turkey.

Other Holidays in May 2022 in Turkey 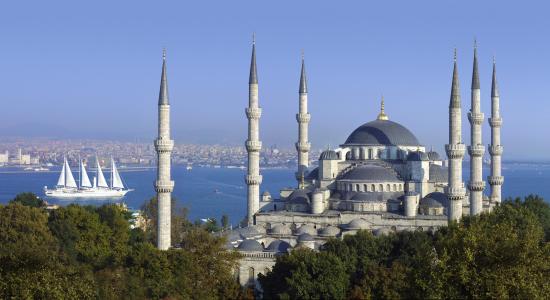