Is Lincoln's Birthday a Public Holiday?

Lincoln's Birthday 2022 is a state holiday in 5 states and a state legal holiday in Florida.

Some states observe the day as part of Presidents’ Day, which is officially known as Washington’s Birthday.

Various activities such as re-enactments, concerts and birthday parties are often organized for the day. Organizations such as the Indiana Abraham Lincoln Bicentennial Commission, Kentucky Lincoln Heritage Trail, and the Abraham Lincoln Presidential Library and Museum often plan large-scale events to honor and remember Lincoln on or around his birthday.

A wreath-laying ceremony and reading of the Gettysburg Address at the Lincoln Memorial in Washington DC are traditional events on February 12. Republican Party members may also hold Lincoln Day fundraising dinners because he is known as the first president of the Republican Party.

Lincoln’s Birthday is a public holiday in some states including:

Many government offices are closed within most these states. Some schools are open, so it is best to check with your local school district. Some businesses also remain open. Not all states observe the day on the same date. Lincoln’s Birthday is also absorbed into Presidents’ Day in other parts of the United States, such as Arizona, Maryland, Michigan, and Ohio. It is a legal observance in Florida.

Abraham Lincoln was born in Hardin County, Kentucky, on February 12 in 1809. He lived for a time in Indiana before moving to Illinois. He worked on a farm, split rails for fences, worked in a store, was a captain in the Black Hawk War, and worked as a lawyer. He married Mary Todd and together they had four boys, only one of whom lived to maturity.

Lincoln began his political career at the age of 23 in 1832 when he ran an unsuccessful campaign for the Illinois General Assembly, as a Whig Party member. He joined the newly formed Republican Party in 1854 and was nationally recognized during the 1858 debates with Stephen Douglas despite Douglas’ win in the race for US Senator. Lincoln won the presidency in 1860 and, despite being a Republican, rallied most of the northern Democrats to the Union case during the Civil War (1861-65).

Lincoln was known as the Great Emancipator, the Rail Splitter and Honest Abe. He was the president throughout the American Civil War and is known for his struggle to preserve the Union and the issuance of the Emancipation Proclamation. John Wilkes Booth assassinated Lincoln at Ford’s Theatre in Washington DC on Good Friday, April 14, 1865. The assassination occurred less than two weeks after the Confederacy surrendered at Appomattox Court House in 1865.

It has been recorded that Lincoln’s Birthday was first celebrated as a holiday in 1866, one year after his death. Many states have a joint holiday to honor both Lincoln and George Washington, sometimes calling it Presidents’ Day.

Various museums and monuments are dedicated to Abraham Lincoln. Various artworks, such as paintings, drawings, statues and photographs, have been created in Lincoln’s image and preserved to honor him.  Examples include:

Let go of regrets once you have learned from your mistakes. More

Get your shopping list ready and make a list of things you need to buy before the holidays. More 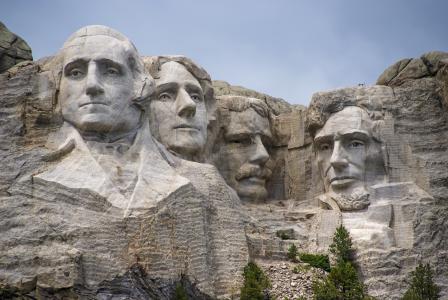