When Is National POW/MIA Recognition Day 2022?

The United States’ National POW/MIA Recognition Day is observed across the nation on the third Friday of September each year. Many Americans take the time to remember those who were prisoners of war (POW) and those who are missing in action (MIA), as well as their families.

Many Americans across the United States pause to remember the sacrifices and service of those who were prisoners of war (POW), as well as those who are missing in action (MIA), and their families. All military installations fly the National League of Families’ POW/MIA flag, which symbolizes the nation’s remembrance of those who were imprisoned while serving in conflicts and those who remain missing.

Veteran rallies take place in many states, such as Wisconsin, in the United States on National POW/MIA Recognition Day. United States flags and POW/MIA flags are flown on this day and joint prayers are made for POWs and those missing in action. National POW/MIA Recognition Day posters are also displayed at college or university campuses and public buildings to promote the day. Remembrance ceremonies and other events to observe the day are also held in places such as the Pentagon, war memorials and museums.

National POW/MIA Recognition Day is not a federal public holiday in the United States but it is a national observance.

There are 1,741 American personnel listed by the Defense Department's POW/MIA Office as missing and unaccounted for from the Vietnam War, as of April 2009. The number of United States personnel accounted for since the end of the Vietnam War in 1975 is 841. About 90 percent of the 1,741 people still missing were lost in Vietnam or areas of Laos and Cambodia under Vietnam's wartime control, according to the National League of Families website (cited in the United States Army website).

The National League of Families’ POW/MIA flag symbolizes the United States’ resolve to never forget POWs or those who served their country in conflicts and are still missing. Newt Heisley designed the flag. The flag’s design features a silhouette of a young man, which is based on Mr Heisley’s son, who was medically discharged from the military. As Mr Heisley looked at his returning son’s gaunt features, he imagined what life was for those behind barbed wire fences on foreign shores. He then sketched the profile of his son as the new flag's design was created in his mind.

The flag features a white disk bearing in black silhouette a man’s bust, a watch tower with a guard on patrol, and a strand of barbed wire. White letters “POW” and “MIA”, with a white five-pointed star in between, are typed above the disk. Below the disk is a black and white wreath above the motto “You Are Not Forgotten” written in white, capital letters.

Take a walk to the park or to the jewelers and collect some pretty looking rocks. More

Add delicious guacalmole to everything you eat today. More 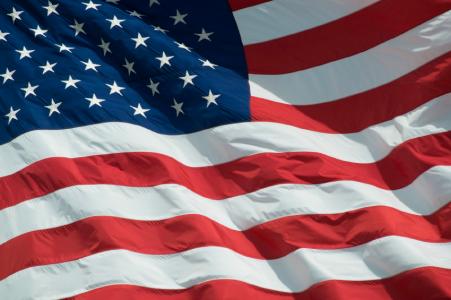 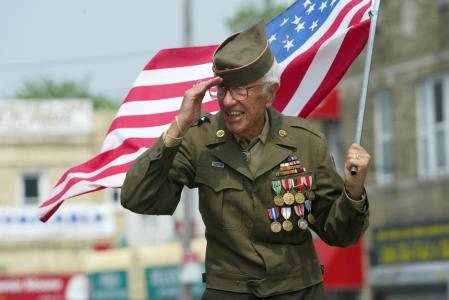 Veterans Day in the USA is a holiday to honor all who have served in the United States Military Services.