Many Jewish communities in Canada observe the first day of Hanukkah, which marks the start of Hanukkah, also known as Chanukah or Festival of Lights. Hanukkah is an eight-day Jewish observance that remembers the Jewish people's struggle for religious freedom.

Is First Day of Hanukkah a Public Holiday?

First Day of Hanukkah is not a public holiday. Businesses have normal opening hours.

Jewish communities in Canada celebrate the first day of Hanukkah on the 25th day of the month of Kislev in the Jewish calendar. The Hanukkah period lasts for 8 days and is celebrated from the 25th day of Kislev to the second day of Tevet. The first night of Hanukkah (or Chanukah) starts with special blessings at sunset the day before the 25th of Kislev. Many Jewish people light the hanukiah (or chanukkiyah), which is a type of candelabrum.

Hanukkah is a time for gift-giving so some people give gift baskets to others. Some organizations coordinate events, such as a Hanukkah Party, for children. These events often include singing, drama, and entertaining activities involving the dreidel, which is a toy used for games. Many Jewish Canadians prepare and eat meals fried in olive oil, such as potato cakes, and different fried breads. It is has also been tradition for the Canadian prime minister to join in Jewish Canadians in lighting a candle to celebrate Hanukkah.

The first day of Hanukkah is not a nationwide public holiday in Canada. Some Jewish schools have their school vacation fall around the same time of Hanukkah.

Hanukkah commemorates the Jewish people’s successful rebellion against the Syrians in the Maccabean War in 162 BCE. A ritual cleansing and re-dedication of the Temple occurred after the Jewish people’s victory. It is believed that there was only enough consecrated oil to keep the lamp burning for one day but the small bottle of oil miraculously lasted for eight days. Hanukkah, also known as Hanukkah, is referred as the Feast of Lights or Festival of Lights for this reason. 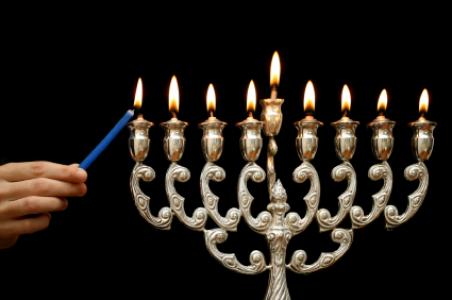 The last day of Hanukkah marks the end of the festive Jewish occasion known as Hanukkah, or Chanukah.