In many cultures, the March equinox marks a time of transition and new beginnings. It's the vernal (spring) equinox in the Northern Hemisphere, while in the Southern Hemisphere, it's the autumnal (fall) equinox.

When is the March equinox?

Here are some ways people around the world celebrate and observe the March equinox:

Some Bring Out the Easter Eggs

In addition to being the spring (vernal) equinox in the north and the fall (autumnal) equinox in the south, the date of the March equinox plays a huge role in calculating the dates for when to celebrate Jewish Passover and Christian Easter.

How are Easter and other holidays celebrated?

In many Christian cultures, Easter eggs are synonymous with Easter. Also known as Paschal eggs, these are usually decorated chicken eggs that symbolize fertility and rebirth. Many Easter-related events feature the Easter egg as the central theme. Traditional games like egg hunts, where children search for colorful Easter eggs; egg rolling, where eggs are rolled down a hill; and egg dancing, where eggs are laid on the floor, and people dance while trying not to damage them, are held all around the world.

10 interesting facts about the March equinox

...And Try to Balance Them

An ancient Chinese tradition calls for balancing eggs, a symbol of fertility, on the day of the March equinox for good luck and prosperity.

This ancient custom has given rise to a modern myth. Every year, during the March equinox, people claim that it is the only day of the year when an egg can be perfectly balanced on its end. A version of the claim suggests that eggs can only be balanced on their end at the exact time of the equinox. The truth is that there is nothing magical about the equinox or the time it occurs—you can balance an egg perfectly on its end on any other day as well.

March equinox in your local time

Others Ring in Their New Year

The Iranian New Year (Nowruz, No-Ruz, No-Rooz, or No Ruz) occurs on the March equinox, in accordance with the Persian calendar. It has been celebrated for over 3000 years and is rooted in the traditions of Zoroastrianism. No-Ruz celebrations last for about 12 days. Preparations start well in advance and include buying new clothes for family members and thoroughly cleaning homes. Wheat or lentil representing new growth is grown in a flat dish a few days before the New Year and is called Sabzeh (green shoots).

Other holidays in Iran

In Japan, People Remember Their Ancestors

Higan (Higan-e or Ohigan), is a week of Buddhist services in Japan during the March equinox and the September equinox. Both equinoxes have been national holidays since the Meiji period (1868-1912).

“Higan” means the “other shore” and refers to dead spirits who reach Nirvana after crossing the river of existence. It celebrates the spiritual move from the world of suffering to the world of enlightenment.

Many Celebrate the Earth

Some organizations schedule Earth Day for March 20, while others observe it on April 22. For some, the holiday is when people from all nations, religions, and cultural backgrounds celebrate the one thing we all have in common: living on Earth. For others, Earth Day is observed to promote the protection of the natural environment from pollution and other destructive forces. 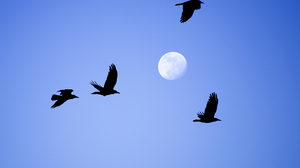 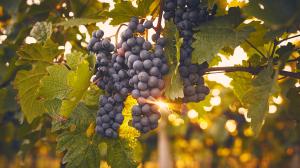