The Moon and the Sun move across our sky with clockwork precision. As a result, there will be 2 solar eclipses this year: 1 annular and 1 total.

An annular eclipse occurs when the Moon is too far away to cover the Sun completely: the result is a dramatic "ring of fire" around the Moon.

On February 26, there will be an annular eclipse in the southern hemisphere. The annular phase of the eclipse (the ring of fire) will be visible along a narrow "path of annularity" that begins at sunrise in the South Pacific and ends at sunset in central Africa.

Watch It Live on timeanddate.com

2 of the first places to witness annularity will be the cities of Puerto Aysén and Coyhaique in southern Chile. Here, the ring of fire will last 1 minute. The path of annularity then passes through Argentina's Chubut Province, before heading out across the South Atlantic towards central Africa.

2 1/2 hours after leaving South America, the ring of fire reaches the coastal settlement of Bentiaba in Angola. 3 minutes after that, it arrives at the biggest urban area on its route: Huambo, Angola's second-largest city. Finally, having passed through the tip of Zambia's North-Western Province, the path of annularity ends in the Democratic Republic of the Congo, where residents of the city of Likasi, near Lubumbashi, will witness a spectacular ring-of-fire sunset.

Outside the path of annularity, the lower half of South America and most of sub-Saharan Africa will get a partial solar eclipse. São Paulo, for example, will have a 40% partial eclipse (where 40% of the Sun is covered by the moon); Lagos will have a 24% partial eclipse. The percentages shown here are for obscuration, not magnitude.

timeanddate.com will be helping young people in Angola make the most of the once-in-a-lifetime experience of an annular eclipse. We're sponsoring a program called Global Communication and Science, which uses solar eclipses as 'teachable moments' to inspire, educate and connect students in different countries.

The Global Communication and Science team will be running a series of public outreach events at the Instituto Superior de Ciências de Educação (ISCED) in Huambo; they will also be organizing classroom activities in schools across the country.

If the weather disappoints in your area, you can watch timeanddate.com's LIVE broadcast or our eclipse animations, which will also be in real-time on the day.

Never look directly at the Sun without proper eye protection. You can seriously hurt your eyes, and even go blind.

A total solar eclipse that crosses the US from coast to coast on August 21, 2017 is being called the Great American Eclipse.

timeanddate.com will host a LIVE broadcast of this total solar eclipse from the US, where the totality will be visible for 2 minutes and 40 seconds.

A total eclipse occurs when the Moon is close to Earth and covers the Sun completely. Totality is only visible along a narrow corridor called the path of totality.

The best weather prospects are in central Oregon, southwest and southeast Idaho, and central Wyoming. According to meteorologist Jay Anderson, the average cloud cover on 21 August drops to as low as 15% in these areas.

Graham Jones is a British astrophysicist and language teacher based in Japan; he began the “Global Communication and Science” educational program in 2015. 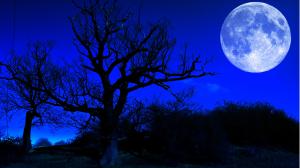 Look up for a Spooky Halloween Micro Blue Moon

'Once in a blue moon', suggests something is very rare. But just how rare is a Blue Moon?

The Pros and Cons of Daylight Saving Time

Daylight Saving Time (DST) has been used for more than But do its pros really outweigh its cons?

Can DST Kill Me?

Daylight Saving Time (DST) can mess with our body clock and can trigger underlying health issues.