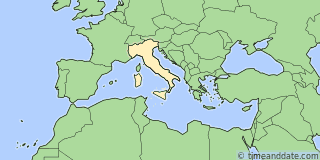 When Does DST Start and End in Italy?

One of the 1st Countries to Use DST

After Italy had abolished DST in 1921, the dictator Benito Mussolini revived the measure in 1940, when the country observed all-year DST until November 2, 1942. From 1943 to 1948, the DST schedule was back on track, starting around March or April and ending either in September or October, depending on the year. There was no DST in Italy from 1948 to 1966, when it was reintroduced.

In 1996, Italy adopted the EU’s DST schedule, which the country still follows today.