The Best Apocalypses in History

The end of the world is near—again! For centuries, doomsdayers have prophesied the apocalypse. But there's a tiny catch: None of the end-of-world predictions ever come true.

Every year, new apocalyptic predictions waft through the dark fringes of the internet and the tabloid media. In the past couple of years, the world was predicted to end in a nuclear war, an asteroid impact, and a new ice age, to name just a few of the more popular doomsday prophecies.

Needless to say that none of them have come true. The pandemic and other recent events may feel apocalyptic, but all that is not really out of the ordinary in historical terms. And, despite all of the recent heartbreak, humankind is still around, and thriving!

Still, there is no shortage of fresh end-of-world prophecies for the coming year. The following 2022 predictions are currently particularly trendy among doomsday enthusiasts:

Computers taking over the world and subjugating the human race? With the rise of artificial intelligence and many of us constantly glued to our mobile screens, you may be forgiven for thinking that this prediction has already come true!

So, let's give the source of this prophecy, famed seer Nostradamus, at least partial credit for this one. But then again, in the underbelly of the internet, it is embellished with all kinds of fantastical details about an army of robots controlled by a single super-intelligent computer brain literally enslaving us. Given that we're still working on perfecting chatbots, that's unlikely to happen any time soon.

The Great Fire from the Sky

Nostradamus also predicts a large meteorite or asteroid will hit the Earth in 2022. Exactly like he did for 2021. And for several years before that. Let's just say his track record for predicting major space rock encounters is... a little sketchy.

Of course, 2022 will have its fair share of space rocks falling from the sky—but fear not: those are meteors, they are completely harmless, and they are awesome to watch. Enjoy!

There's no reason whatsoever to believe that the Yellowstone supervolcano is about to erupt. That's what the experts say. But, that doesn't stop the internet from blaring out random predictions that it will do just that in 2022, plunging Earth into a hellscape with millions of deaths. So, do you want to believe people who know stuff or people vying for clicks? You decide.

The Best Doomsday Predictions That Fizzled

If all this has got you worried, have a look at some of the more notorious doomsday scenarios in history that failed to materialize, just like hundreds of other prophecies through the ages. While some of the listed events had tragic consequences for many involved, a look at the track record of prophets and prophecies is a good reminder that there is no need to panic. After all, predicting the end of days is a tricky business.

The end of the world was predicted to occur on December 21, 2012, when one of the great cycles in the Mayan calendar came to an end. In the run-up to the day, the internet abounded with predictions about an apocalypse happening on “12/21/12”. Faced with the wealth of alarmist information available on the world wide web, even NASA was compelled to publish an information page about why the world would not end on December 21, 2012.

See our countdown to the end of the Mayan calendar

Camping and the Rapture

The world was also supposed to end on October 21, 2011. American radio host Harold Camping had arrived at the date for the apocalypse through a series of calculations that he claimed were based on Jewish feast days and the lunar calendar. In addition to his claims about the end of the world, he also predicted that on May 21, 2011, at precisely 6:00 p.m., God's elect people would be assumed into heaven, in an event he called the Rapture. Those who were not raptured, he said, would have to remain on Earth to wait for their doom five months later. According to media reports, some of his followers quit their jobs, sold their homes, and invested large amounts of money in publicizing Camping's predictions. When the Rapture did not occur, Camping re-evaluated his predictions saying that the event would take place simultaneously with the end of the world. After October 21, 2011, the self-proclaimed prophet stated that “nobody could know exactly when the time of the apocalypse would come.”

See how much time has passed since Camping's apocalypse

The Black Hole from Geneva

Scientists use the Large Hadron Collider (LHC) near Geneva, Switzerland, to set up controlled collisions of particles at very high speeds. The experiments have caused some to believe that the energies set free by the collisions will form a black hole powerful enough to consume Earth and all life on it. No such black hole has been sighted yet, and several high-profile studies have concluded that there are no such dangers associated with the experiments conducted at the LHC.

Y2K and the Millennium Bug

Towards the end of the second millennium, people around the world feared that the world would end simultaneously with the beginning of the year 2000, or Y2K. This prediction was based on the practice followed by computer programmers of abbreviating year numbers with two digits when developing software. For instance, "1999" would be coded as “99.” At the turn of the century, computers would revert to “00,” assuming that the date was 1900 instead of 2000 and leading to software errors. According to popular belief, this so-called “Millennium Bug” threatened banking systems, planes, and even the safety of weapon systems, leading to an all-consuming chaos on planet Earth. However, at midnight on January 1, 2000, the world celebrated the new year, and no planes dropped out of the sky.

See how much time has passed since Y2K

Nostradamus and the King of Terror

Renowned seer Nostradamus prophesied 250 years ago that a “king of terror” would come from the sky in 1999. Austrian geologist and Nostradamus buff Alexander Tollmann decided to play it safe by sitting it out in a self-built bunker in Austria. Tollmann was convinced that the apocalypse was to come early in August, a fear that was consolidated by the total solar eclipse on August 11, 1999.

The Great Flood and the Flying Saucer

Chicago housewife Dorothy Martin (a.k.a. Marion Keech) claimed to have received a message from planet Clarion in the early 1950s: the world was to end in a great flood before dawn on December 21, 1954. Martin and a group of followers were convinced that a flying saucer would rescue the true believers before the inevitable destruction of Earth. The belief was so strong that some broke completely with their previous lives, quitting their jobs, leaving their spouses, and giving away money and possessions. Social psychologists Leon Festinger, Henry Riecken, and Stanley Schachter infiltrated Martin's group to study the effects of such convictions and the group's reactions when the prophesied event did not occur. Their work, When Prophecy Fails, delivers the first instance of Festinger's noted theory of cognitive dissonance. 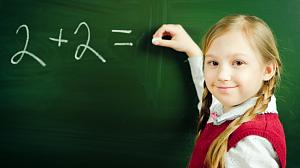 Some dates fall on the same weekday every year. Use this knowledge to calculate the weekday of any date in your head. 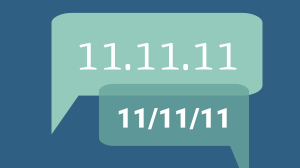