Patriots' Day commemorates the battles of Lexington and Concord, which were fought near Boston in 1775. Patriots' Day is annually held on the third Monday of April. It should not be confused with Patriot Day, held on September 11 to mark the anniversary of terrorist attacks in the USA in 2001.

Is Patriots' Day a Public Holiday?

For some people in the states of Massachusetts and Maine, the third Monday of April is a welcome day off work or school. In the area around Lexington and Concord, re-enactments of the battles in 1775 and the events leading up to them are held. A particular highlight is the opportunity to ring the bell that warned the local troops that British soldiers were approaching. Lectures, concerts and road races are also organized.

In the state of Wisconsin, April 19 is a special observance day for schools. On this date, schools are required to educate students about the events and people centered on Patriots' Day. It is recommended that the observances are held on the actual date, although they are generally moved to Friday, April 18, if April 19 is a Saturday and to Monday, April 20, if April 19 falls on a Sunday.

The city of Boston, Massachusetts celebrates Patriots' Day every year by organizing the Boston Marathon, a competitive marathon. One of the most viewed live events in the New England region, the marathon is also the world's oldest annual marathon, having started in 1897.

Patriots' Day is a state holiday in Massachusetts and Maine, where state, county, and municipal offices are closed. However, Patriots' Day is not a federal public holiday and federal offices are open. Many schools are closed for the spring break. Stores and other businesses and organizations may be open or closed according to local custom. Most public transit services run to reduced schedules, but may not operate in rural areas. There may be some local disruption to traffic around the re-enactments and sports events, particularly in Boston.

If Patriots' Day and Tax Day fall on the same date, the deadline for filing an income tax return is extended for the residents of some states. Patriots' Day is not a public holiday in other parts of the United States.

Prior to 1775, the area that is now the eastern part of the United States mainly consisted of British colonies controlled by the United Kingdom. The American Revolutionary War, also known as the American War of Independence, was a major step in the independence of the United States. The first battles in this war were fought in the areas of Lexington and Concord, near Boston, Massachusetts, on April 19, 1775. For this reason, the third Monday in April is symbolic for the emerging independence of the new country.

Paul Revere is among the patriots who are remembered on Patriots' Day. The American silversmith is known for spreading the word of the Boston Tea Party to New York and Philadelphia, and for warning the Lexington Minutemen about the British invasion in 1775. The story of his “midnight” ride to Lexington to discuss action plans against the British has been poeticized.

An act to amend the Tennessee code regarding Patriots' Day took effect in 2008. The state’s code now officially includes the holiday and mentions that its governor proclaims April 19 of each year as Patriots' Day. This day is still not a public holiday in Tennessee. Patriots' Day should not be confused with Patriot Day, held on September 11 to mark the anniversary of terrorist attacks in the United States on that date in 2001. 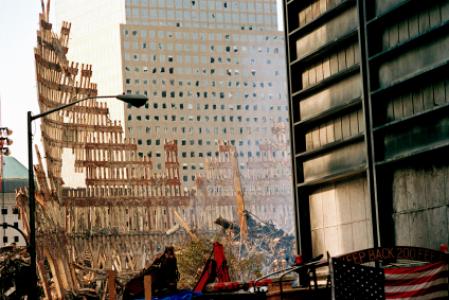 Patriot Day is held in memory of nearly 3000 people who died during terrorist attacks in New York, Washington DC and Shanksville, Pennsylvania, in the United States.