What Is Local Mean Time?

Local Mean Time (LMT) is a type of solar time, a timekeeping method using the Sun's movements across the sky. It is based on the average length of a solar day.

In order to explain Local Mean Time, we first have to understand a few other terms:

Local Mean Time is the Mean Solar Time for a specific location on Earth. It is the same for all locations that share the same longitude.

What is solar noon?

While Local Mean Time does not directly determine civil time these days, it is still used to make sure our clocks follow the Sun as closely as possible. UT1, a version of Universal Time, is the Local Mean Time at the prime meridian in Greenwich, London. It is one of the components used to calculate Coordinated Universal Time (UTC), the time scale used to determine local times worldwide.

LMT is also used by astronomers around the world to time their observations.

Until the 1960s, the Local Mean Time in Greenwich—Greenwich Mean Time (GMT)—was used as the world's time standard and the basis for civil time worldwide. It was replaced by UTC in 1967.

What is the difference between GMT and UTC today?

Different Time from City to City

Local Mean Time was officially used as civil time in many countries during the 19th century. Each city had a different local time defined by its longitude, the difference amounting to 4 minutes per degree longtitude. This equals a distance of 50 miles or 81 kilometers on New York's latitude.

As transport and communication methods evolved, this arrangement became increasingly impractical, so it was eventually replaced by standard time and time zones. 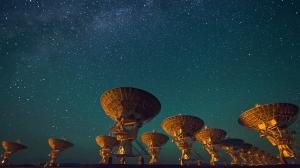