Military time employs the 24-hour format and the NATO phonetic alphabet. Learn how it works and how to convert it to a time format you’re used to.

Imagine you’re supposed to meet a friend online at 1530R. How would you translate that from the military time format into plain English and make sure you meet up at the correct time?

The beautiful thing about military time is that it’s both concise and precise. With just four numbers and one letter, you can pinpoint an exact moment in time and even specify the time zone. However, it does take some getting used to.

Learn to Use Military Time

So, let’s dissect 1530R. What does this clock notation tell us?

Let’s look at those three elements of military time in more detail.

This part of the military time system is a little tricky for those of us who are used to the 12-hour clock (AM/PM). Military time uses the 24-hour clock, where the hours of the day are numbered from zero to 23, starting with 00 at midnight.

Converting military time to the 12-hour format is simple for the first half of the day, from 1 am to 12 pm, as the numbers are the same in both systems. The only difference is that the 24-hour format adds a leading zero to single-digit numbers.

What Is Military Time?

Military time is a format for expressing time based on the 24-hour clock. It uses a special notation and pronunciation geared toward clarity and conciseness.

Although it is often used as a synonym for the 24-hour clock, and the two are closely related, they are not the same. The 24-hour clock is the world’s most widely used time format, while military time is only used in some contexts, such as the military and emergency services.

The real fun starts after 12 noon when the 12-hour system jumps all the way back to 1 while the 24-hour system just keeps counting upward. In other words, for the period from 1 pm to 12 am, you have to subtract 12 to convert to the 12-hour format.

This is the easy part: the minutes work exactly the same as in the 12-hour clock format. They tell you the number of minutes past the hour. Some examples:

This brings us to the final segment of the military time notation: the letter at the end designating the time zone.

Time zones are complex: there are crooked time zone boundaries, areas with odd offsets, additional time zones lurking in a bulge of the International Date Line, and hundreds of official and unofficial time zone designations. And then, there’s Daylight Saving Time (DST), changing the UTC offset twice a year—but only in some areas.

UTC is a universal time standard used as a basis for time zones worldwide. It shares its local time with Greenwich Mean Time or GMT.

To minimize confusion, military time blends out all those oddities and exceptions and uses only the 25 primary, full-hour time zones, from UTC-12 to UTC+12.

Now, remember the hypothetical meeting at 1530R mentioned earlier? The letter R refers to UTC-5, so your friend will expect you at 3:30 pm Eastern Standard Time (EST).

Find the best times to call

How to Say Military Time

Now that you can read military time, it’s time to learn how to say it. Imagine a new scenario: instead of meeting a friend for a chat, you’re a doctor in a hectic emergency room or a military pilot flying a mission.

In those high-pressure situations, it can be crucial to communicate a time clearly and leave as little room for ambiguity and misunderstandings as possible.

That’s why military time uses a special code. It takes a bit longer to say it, but adding those extra syllables will make it easier to understand what you’re saying, even through the commotion in an ER or over a crackling radio.

The first thing you need to get used to is pronouncing the leading zero if there is one.

The next portion of the military time code will tell the recipient that you are referring to a full hour (e.g., five o’clock) and not a time in-between full hours (e.g., half past five).

In military time, this is done by using the word “hundred,” followed by “hours.” You never say “thousand,” even for times like 1000 (ten o’clock).

3. Drop the “Hundred” for In-between Times

To communicate times like half past or quarter to the hour, you can omit the “hundred” and just state the numbers. Remember: the last two digits of the number are the minutes past the hour. So, half past five in the morning is written as 0530.

4. Use the NATO Phonetic Alphabet for the Time Zone

The last bit is the time zone. As you already know, it is written as a letter—but it is pronounced using a code word starting with that letter. This helps distinguish similarly-sounding letters like M and N.

The official spelling of the A and J time zones is “Alfa” and “Juliett.” Nowadays, however, the English spellings, “Alpha” and “Juliet,” are more widely used.

For example, A is Alpha, B is Bravo, and C is Charlie.

UTC, the central and most widely used time zone, is assigned the letter Z and is pronounced Zulu time.

If you look at our list of military time zones, you will notice that the letter J is missing. J Time, or Juliet Time, does not refer to a particular time zone but can be used to denote the local time of the person stating the time.

So, Juliet Time is different depending on the location of the observer.

If you grew up in the United States, you may think of the 24-hour clock as military time and the 12-hour clock as regular time or civilian time. (Some also use the term standard time, but that can be confusing since that can also denote the opposite of Daylight Saving Time.)

That distinction may hold water in the US, but don’t be surprised to see people (civilians, no less) in other countries using “military time” in their everyday life! If you travel to mainland Europe, your train may depart at 15:57 and the TV news may start at 21:00.

Most People Use the 24-Hour Clock

Of course, what they’re really doing is using the 24-hour clock, the world’s most widely used time format.

Military time, with its special notation and syntax, is usually only used in certain contexts. The military is an obvious example, but hospitals and emergency services also use the 24-hour timekeeping system.

Broadly speaking, it’s mainly the English-speaking countries that use AM and PM to express the time of day. The rest of the world says 19:00 or 1900 instead of 7 pm—be it to plan military operations or tell each other when dinner is ready. 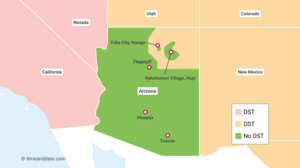