The Full Moon closest to the September equinox is called the Harvest Moon, and it is either in September or October.

The Harvest Moon is the Full Moon nearest the September equinox, which occurs around September 22.

Most years, the Harvest Moon is in September, but around every three years, it is in October.

Harvest Moon is the most famous of all the Full Moon names. Some sources claim the name originates from ancient Native American tradition. Others point out that Harvest month was recorded as early as in the 700s in both Anglo-Saxon and Old High German languages.

From Europe and America

For millennia, people across Europe, as well as Native American tribes, named the months after features they associated with the Northern Hemisphere seasons. Many of these names are very similar or identical.

The Old Farmer's Almanac famously publishes a list of Full Moon names, and we have chosen to use these as the main Full Moon names. However, it seems that a combination of Native American, Anglo-Saxon, and Germanic month names gave birth to the Full Moon names we use today.

Blue Moon: A Full Moon with no name

The most common Native American names for the September Full Moon is Full Corn Moon and Barley Moon, and these names do not vary with the equinox. The October Full Moon was called Hunters Moon, Blood Moon, and Sanguine Moon by different Native tribes. However, this is not to be confused with a total lunar eclipse, also known as a Blood Moon, due to the reddish color the Moon takes on during a total eclipse.

When the Julian calendar was introduced in 45 BCE, the Latin month names became more common. The earlier Pagan and Native American month names have since been reintroduced as Full Moon names, particularly by various Farmer's Almanacs in the United States.

When is the next Supermoon?

Regardless of where the name originated, the astronomical significance of the Harvest Moon is the same all over the Northern Hemisphere. The Full Moon closest to the September equinox is astronomically special because the time between one moonrise to the next becomes shorter around this time.

In the old days, the early moonrise for a few days around the equinox meant that farmers could work and harvest their crops for a longer time in the evenings.

The September equinox coincides with many cultural events, religious observances, and customs around the world. For example, the Chinese Mid-Autumn Festival, also known as the Moon Festival, is a harvest festival also celebrated in Vietnam, Taiwan, and Hong Kong.

In the US, there are many Harvest Moon festivals with farmers markets, beer- and wine-tasting, craft fairs, concerts, and entertainment. Harvest Moon is also the name of a popular computer game, as well as a 1992 album and song by Canadian musician Neil Young.

Times for Harvest Moon can vary by time zone. Dates are based on the local time in Washington DC. Change location 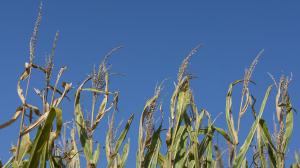 Astronomical events and highlights of 2020 including supermoons, solar and lunar eclipses, meteor showers, solstices, and equinoxes.