The Full Moon in April is named the Pink Moon after the pink flowers that bloom in spring. Other names are Breaking Ice Moon, Budding Moon, Awakening Moon, Egg Moon, and Paschal Moon.

Times for the Pink Moon vary by time zone. Times and dates are based on the local time in Washington DC. Change location

The Pink Moon in April gets its name from pink wildflowers that bloom in the early spring. It is thought that the name comes from the brightly-colored pink phlox wildflowers that are native to North America and that often bloom around the time of April’s Full Moon.

The Native American names refer to the spring thaw and the signs of new growth each year—including names like the Breaking Ice Moon and The Moon of the Red Grass Appearing.

The Anglo-Saxons called it Egg Moon, which is often referenced as a possible reason for the emergence of the modern Easter Bunny laying Easter eggs.

It Can Be the Easter Moon

The Paschal Moon is the first Full Moon on or after March 21 and is used to determine the date of Easter.

Times for the Pink Moon vary by time zone. Times and dates are based on the local time in Washington DC. Change location 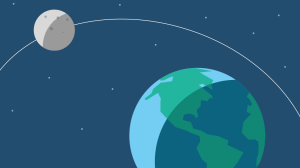 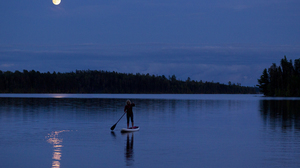 What is a Strawberry Moon, also called Rose Moon? When is the next Strawberry Full Moon in 2022, why does it happen in June, and how did it get its name?