Home   Time Zones   Is Earth On Course for the First Negative Leap Second?

Is Earth On Course for the First Negative Leap Second?

The Earth is settling down after a recent spurt in its rotation speed. But, on average, it is still spinning ahead of its 86,400-seconds-per-day schedule. As things currently stand, a negative leap second may be required within the next ten years.

Note: this article was published in October 2021.

Earth set a new record for the shortest day of the atomic-clock era on June 29, 2022. Read our latest story.

In the midst of the general turmoil of 2020, Earth put on a burst of speed.

Generally speaking, with respect to the Sun, our planet rotates once every 86,400 seconds. This equals 24 hours, or one mean solar day. In practice, the time Earth takes to complete one spin varies by milliseconds (where 1 millisecond equals 0.001 seconds).

Since the 1960s, scientists have measured the length of a solar day using highly accurate atomic clocks. These showed that our planet normally spins a bit slow. The average length of a day in 2019, for instance, was 0.39 milliseconds longer than 86,400 seconds.

Midway through 2020, however, Earth stepped on the gas and began spinning faster. Between June 21 and August 31 it produced the 28 shortest days ever recorded by atomic clocks. The shortest day of all was July 19, when the Earth completed one rotation in 1.46 milliseconds less than 86,400 seconds.

Then, in the third quarter of the year, things settled down. Between July 1 and September 30, the average length of a day in 2021 was a fraction longer—0.05 milliseconds more—than in 2020. The shortest-day record from 2020 was not bettered in 2021, although Earth came within a few thousandths of a millisecond on July 9.

The following chart compares the length of day over the course of 2020 and 2021. The days of the year, from January 1 to December 31*, run along the horizontal axis. The length of each day, given as the difference in milliseconds above or below 86,400 seconds, runs along the vertical axis. When Earth is spinning slow, the length of day is a positive number; when it spins fast, it is a negative number.

As things currently stand, therefore, Earth is no longer gaining speed. But the excitement hasn’t ended. Our planet continues to spin, on average, ahead of its 86,400-seconds-per-day schedule. This means the time of day based on Earth’s rotation, referred to as UT1, is running faster than the time determined by atomic clocks, known as UTC. The time we use in our our daily lives is based on UTC.

If the difference between UT1 and UTC reaches 0.5 seconds, this may trigger the introduction of a negative leap second, where a second is subtracted from our clocks. At Earth’s current rate of spin, a negative leap second could be triggered around ten years from now. Decisions about leap seconds are taken by the International Earth Rotation and Reference Systems Service (IERS) in Paris.

Leap seconds are nothing new—there have been 27 of them since this system was introduced in 1972. However, because Earth generally spins a bit slow, these have all been positive leap seconds, where a second is added to our clocks.

“The Specter of a Negative Leap Second”

Taking a second away from our clocks would involve skipping a second, most likely the final second of a year. Clocks would go from 23:59:58 on December 31 straight to 00:00:00 on January 1. Since this has never been done before, there are concerns about the effect it may have on IT systems.

A negative leap second would be problematic, thinks Dennis McCarthy, a former Director of Time at the United States Naval Observatory (USNO), and a member of a prediction working group at the IERS. “So much software has been designed with a positive leap second in mind,” he tells timeanddate.com. “Until recently, it was felt that a negative leap second was never going to happen.”

In the past, proposals have been made to abolish leap seconds completely. This remains a controversial idea, and discussions have been stalled for many years. “One good thing about the specter of a negative leap second is that it might help focus minds,” says Dr McCarthy.

We Don’t Know What Happens Next

Will a negative leap second be needed in the next decade? The fact is, we have no idea. The variations in Earth’s rotational speed are the result of the complex motion of its liquid core, oceans, and atmosphere, plus other effects.

Some of these cycles are well understood. For instance, the fortnightly peaks and troughs in the 2020-21 length of day chart above are caused by the Moon’s orbit around Earth. Long-term cycles, on the other hand, are not well understood.

“We’ve tried internally modeling things for the next two or more years,” Nick Stamatakos, one of USNO’s representatives to the IERS Directing Board, tells us. “But we run into trouble predicting more than six months or one year ahead.”

The Unpredictability of Earth’s Rotation

The following chart shows how the length of day has varied since 1830. (Although the world’s first atomic clock was not developed until 1948, historical records of lunar occultations provide information about Earth’s spin in the past. A lunar occultation is where the Moon passes in front of a star.)

The orange trend line shows that, overall, Earth’s spin is gradually slowing down. This is the result of tidal friction between Earth and the Moon—in the grand scheme of things, Earth days are becoming longer. Nevertheless, the green line—which indicates the average length of day for each year—shows that Earth’s spin varies unpredictably from decade to decade.

Whether a negative second ever happens or not, it would be easier to handle than a positive one, according to Adalbert Michelic, Senior System Administrator at timeanddate.com.

“For a computer program, adding a second is much more of a problem than jumping over one,” he says. “People who are running critical infrastructure will need to prepare, but most people won’t notice a missing second.” 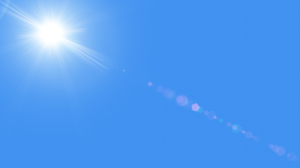 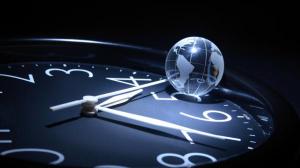